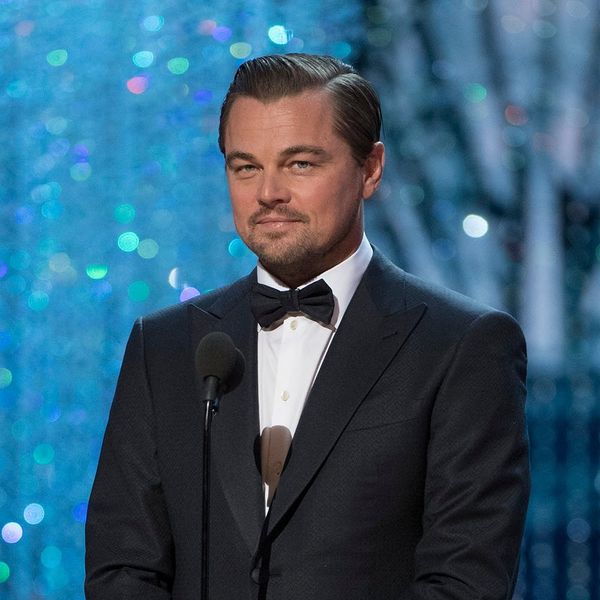 When it comes to events like the Oscars, we tend to focus on what the ladies are wearing and what prep went into their red-carpet look (though, some of the questions may end up being over-the-top and totally ridiculous — just ask Scarlett Johansson). And though we surely always take notice of Hollywood’s hottest fellas, it turns out that we may have wanted to take a closer look at Leonardo DiCaprio’s eyebrows. Yep, his eyebrows. That’s because there are reports that the actor went to OUTRAGEOUS lengths to make sure his brows looked picture perfect for the biggest night in show-biz.

Appearing at the ceremony as last year’s Best Actor winner, DiCaprio took the stage to present an overwhelmed Emma Stone with her award for Best Actress. And while there’s no doubt that Leo was lookin’ good, there’s some speculation about just how far he’s willing to go to look so fine.

According to The Independent, Leonardo Di Caprio flew eyebrow-artist Sharon-Lee Hamilton 7,500 miles from Sydney, Australia all the way to Hollywood so he could get a brow “trim and wax.” However, now they’re claiming that it wasn’t Leo but rather, another select few stars who received the special treatment.

Hamilton even posted proof to Instagram that she was indeed in town to do her highly in-demand eyebrow-improving thing for the Oscars. It looks like it’s time to check out the celebs’ red-carpet brows to try and guess who might have ones that are worth flying someone around the world to achieve.

Which star(s) do you think have the best eyebrows in the biz? Let us know @BritandCo!

Desiree O
Desirée O is a ‘Professional Bohemian’ who loves anything and everything related to the arts, entertainment, and pop culture. She ADORES being a ‘Newsy’ for Brit + Co, covering all of the latest tidbits of awesomeness that you want to read about. When she’s not writing, she’s either making messy art, going on long adventurous walks with her camera, or poking around over at bohemianizm (http://www.bohemianizm.com/). You can find out about Desirée O and her work at http://DesireeO.com/ or follow her on Twitter @DesireeO.
Celebrity Style
Celeb Style
Celebrity Style Oscars
More From Celeb Style