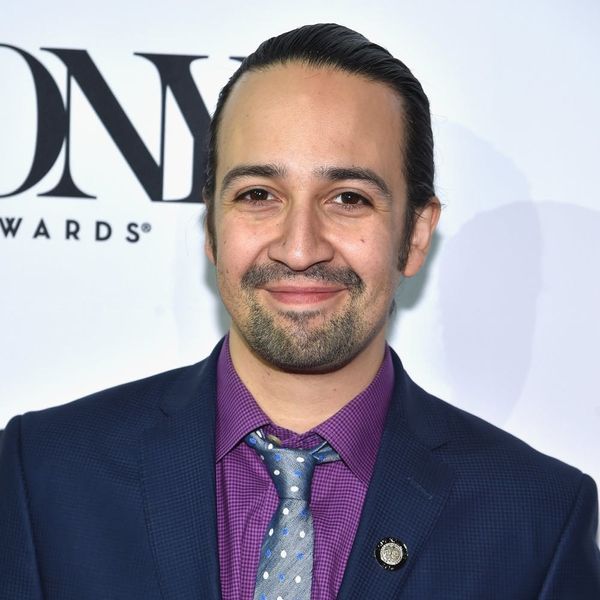 Attention, all Hamilton fans! The beloved Broadway hit’s composer, Lin-Manuel Miranda, is back at it again, this time with a mixtape of his famous Broadway hit, and the new material touches on a subject very close to home: immigration. The actor’s re-imagining of his Tony-Award-winning musical, aptly dubbed Hamilton Mixtape, takes themes from his original work and uses them to tackle ideas such as racism, immigration, and the national identity of early Americans for the modern family.

Miranda has released a snippet of the musical in the form of a new video called “Immigrants,” which exposes the plight of refugees the world over.

Borrowing the line, “Immigrants, we get the job done,” from “Yorktown,” the song covers everything from ICE raids to refugees fleeing from war and stars Canadian-Somali rapper K’Naan, Pakistani-British actor MC Riz Ahmed, and Latinx rappers Residente and Snow Tha Product (Puerto Rican and Mexican, respectively).

Along with the video, Miranda also announced his new not-for-profit, Immigrants: We Get the Job Done Coalition, which works with partner organizations to provide free services to immigrants, refugees, asylum seekers and others entering the US in need of support.

To promote it, Miranda is implementing a contest that allows fans to win an all-expenses paid trip to LA to see the premiere of Hamilton, as well as attend a “star-studded after party,” when they enter with a $10 donation to the cause. He’s enlisted the help of some of his famous friends too. A-listers such as Eva Longoria Baston and Taran Killam are all rapping to get the word out: Check out their mad skillz below!

I just donated to support the Immigrants: We Get The Job Done. I challenge @ricky_martin and @MarioLopezExtra! Thank you @Lin_Manuel! pic.twitter.com/P4QJrBOlr6

Will you enter Lin-Manuel Miranda’s Prizeo contest? Tell us @BritandCo!

Kat Armstrong
Kat has been a writer, social media maven and mom for longer than she's willing to admit. She's also spent time in front of and behind the camera, interviewing celebs, politicians and acting as a producer for fashion and artistic photography shoots. When she isn't writing for various orgs and publications, she's hanging with her kids, husband and French Bulldog, Peter, in Toronto, Canada.
Music
Celebrity News
Music Politics