Is "It Works!" Keto Coffee the New Bulletproof? 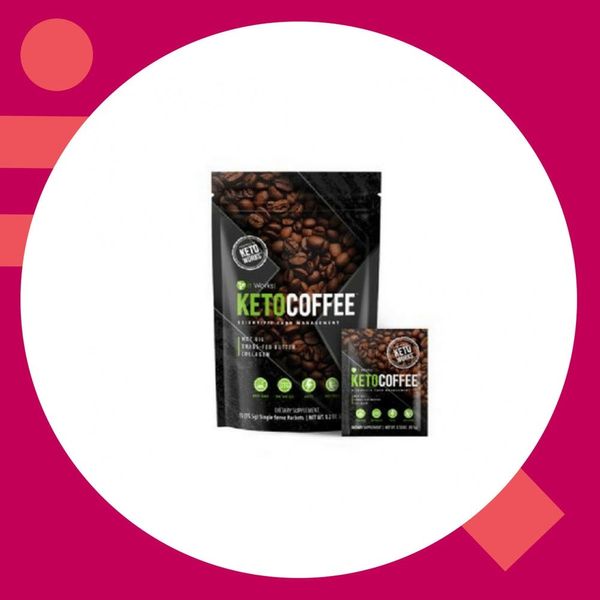 It Works! Keto Coffee is an instant powdered version of Bulletproof Coffee with collagen and pink Himalayan sea salt sprinkled in. Yep, coffee, butter, oil, and collagen. Not exactly what you’d imagine going into a delicious cup of coffee, but I decided to try it anyway. After all, if it worked, I was in for a day of high-powered, energetic productivity. And who can say no to that?

💚ItWorks! KETO COFFEE!💚 · ✅FUELING the body! ✅Helps you FOCUS better! ✅Helps you get FIT! (weightloss) ✅Gives you FABULOUS skin! · 💚Yeeeeessssss! Our coffee does it all for you! Fits right in with everything we're already doing! You can have it HOT or ICED too! 💚Can your coffee do this?!? Who needs some delicious KETO COFFEE in their cups right now?!?💚 · #ItWorksKetoCoffee #Fuel #Focus #FitBody #FabulousSkin

Before we dive into the latest interpretation of Bulletproof Coffee, let’s have a quick refresher on the original. Created by Dave Asprey, who refined his recipe after trying a tea made with yak-butter in Nepal, Bulletproof Coffee took hold in the coffee-drinking population like wildfire. It claims to trigger weight loss through ketosis, kill those inconvenient cravings, and boost your cognitive function to make you extra clear for all those work tasks. I wondered if it would also clean the mug as I drank it.

However, most importantly, Bulletproof Coffee is designed as a way to get those essential protein-based calories without even coming close to a carbohydrate. The genius baristas over there also figured out a way to artfully add in some collagen to their classic recipe. Turns out, Keto fanatics paid attention too.

It Works! is a brand made famous by its weight-loss wraps, and recently made a foray into the caffeine world with the latest and extremely popular addition to its list of products: Keto Coffee (~$3 / serving). Curious to see if this hyper-efficient, power-packed breakfast drink could taste good when powdered, I decided to try some for myself. Each packet is meant to make a six to eight-ounce cup and no more. Trust me; I made the mistake of filling up a 12-ounce cup and the results were watery. I should also mention that I harangued two other Bulletproof Coffee-drinking coworkers into being guinea pigs to see what their opinions of Keto Coffee would be.

After carefully adding water bit by bit to avoid any coffee powder clumps, I distributed the coffees. The first thing we noticed was the aroma, which was almost chocolatey. The rich waves of steam wafted off the cups as we waited impatiently to try the piping-hot beverage. The second thing we noticed was that the coffee formed a thick film on the top a bit like frosting. Although strange, I didn’t find it totally off-putting since the coffee underneath was a rich, creamy cup of joe that exceeded my expectations for instant coffee. Everyone else agreed that for a quick cup of coffee, the flavors were balanced and it successfully recreated the mouthfeel that you’d expect from Bulletproof.

After three of us attempted to replace our typical morning breakfast routine with Keto Coffee, no one really noticed much of a difference other than being hungry earlier than we usually are. Perhaps it’s because our bodies haven’t been trained to accept butter-laden coffee as a substitute for a chewable breakfast, but beyond the expected caffeine kick, we didn’t really experience any noticeable effects. So while I can’t speak for the health benefits of the coffee, I wasn’t disappointed with the taste. I give it a thumbs up for those who are fans of Bulletproof or following the Keto diet and don’t have time to go through the full process of preparing a scratch-made mug of coffee.

Have you tried It Works! Keto Coffee? Tweet your thoughts at us @BritandCo.

(Featured photo via It Works!)