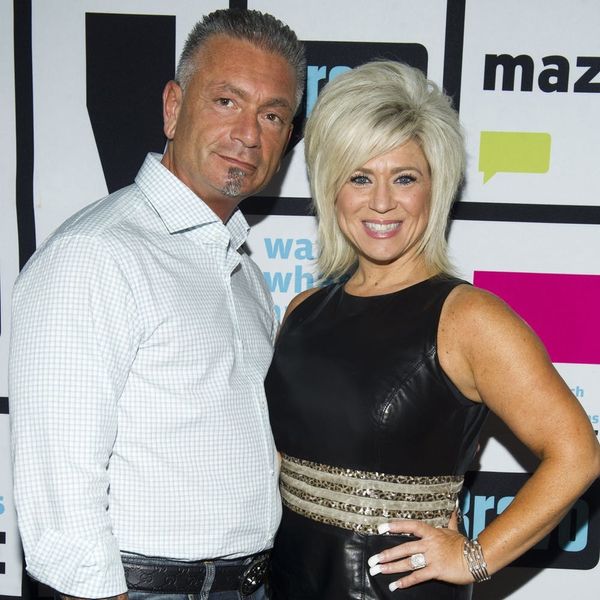 It’s been a tough year for high-profile splits, and the sad news keeps coming. Theresa Caputo, star of the popular reality show Long Island Medium, and her husband, Larry, have revealed that they are separating after nearly three decades of marriage.

“After 28 years of marriage, we have decided to legally separate,” the pair said in a statement to People. “We will always love each other and our two wonderful children. We are united in supporting each other and our family. Please respect our privacy during this time.”

Fans had noticed that the couple had not appeared on each other’s social media pages in quite some time, and earlier in the season, Caputo revealed on the show that things were becoming increasingly difficult between her and her husband.

“Since the last season of Long Island Medium and through a period of time, Larry and I’s relationship has changed,” she said on an episode that aired in November. “I sometimes interpret it as growing apart. I’ve changed and he has changed. We’re both not happy and, you know, it’s hard to try to work through that.”

Just one week ago, the show depicted Caputo reaching a breaking point when her emotions about the rift in her marriage interrupted a client reading. Larry has not addressed the couple’s problems, but he often retweets comments from fans who say they miss him on the show and support the couple through their difficulties.

“We’ve been there for each other, you know, through thick and thin, you know, good times, and right now are not such great times,” Caputo said on the show in November. “I don’t understand it. I lay in bed, and I say to myself, ‘How did this happen? How did I get here?'”

Were you surprised to learn about the Caputos’ split? Let us know @BritandCo.