Here’s How Looking at Puppy Pictures Can Help Your Relationship 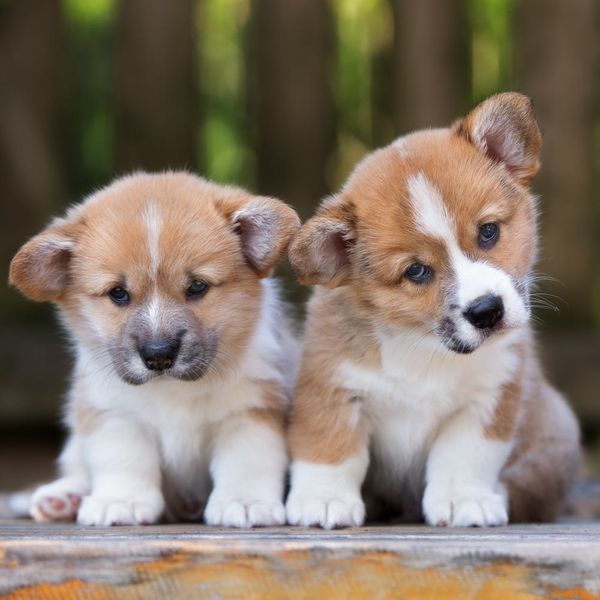 If your S.O. tells you they’re so over your obsession with all things cute and fluffy on the internet (human Joe Biden meeting puppy Joe Biden? Try to melt our hearts a little harder. Just try.), they might want to reconsider their stance. While iPhones do have a history of ruining relationships and we definitely don’t condone prioritizing your Insta feed over real QT with your significant other, we do have good news to share in terms of how social media and the online world can actually help your love life. According to a study funded by a grant from the US Department of Defense and published in Psychological Science in late May, people who looked at photos of puppies and bunnies (adorbs) next to a photo of their partner developed more positive associations with their bae than those who weren’t exposed to a cuteness overload (animal, not human).

In the study, research leader James K. McNulty and his team worked with 144 married couples. Participants were, on average, 28 years old, and all of the couples had been married for five years or less. For six weeks, one group of participants was regularly shown a feed of images that matched their partner’s likeness along with that of a puppy or similarly adorable creature. Other participants were shown more neutral images — like a shirt button — alongside their partner’s.

Over the course of the study, the couples were asked to describe a series of faces, including their significant other’s. McNulty and his team evaluated the words used by participants for their analysis. Compared to the control group, people who’d been exposed to cute, happy images throughout the preceding six weeks had more positive things to say about their other half, and they also reported improved marriage quality. It’s worth mentioning that the US Department of Defense-funded grant was used here in hopes of helping families dealing with long periods of separation during military deployment.

McNulty was surprised to see that this kind of visual conditioning actually impacted these relationships, despite the fact that his preparatory research suggested it would. “…existing theories of relationships, and just the idea that something so simple and unrelated to marriage could affect how people feel about their marriage, made me skeptical,” he says in a press release.

A healthy dose of skepticism about these results is probably a good idea — especially as it applies to relationships IRL. Before you take this news as a sign that it’s time to fall down the rabbit hole (pun intended) of cuteness that the internet has to offer, we suggest exploring other routes for improving the way you interact with your partner. If you’re feeling like browsing puppy pics is the only way you can possibly increase the positive associations you have with bae, you (and your S.O.) might want to do some serious soul searching — and maybe even consider paying a visit to a relationship therapist.

That being said, it’s good to hear that the hours many of us have already logged stalking our favorite IG dogs isn’t totally in vain — and the brains behind this study plan to continue exploring other similarly positive effects of visual conditioning. Researchers believe these results could be an important step in figuring out how we might be able to influence human attitudes in other situations using the same approach. Changing the world, one fuzzy pup at a time.

Do you think looking at cute pics puts you in a better mood? Tweet us @BritandCo!

Alli Hoff Kosik
Alli Hoff Kosik is a freelance writer who is passionate about reading, running, rainbow sprinkles, her lipstick collection, watching embarrassing reality TV, and drinking pink wine. She lives in Brooklyn with her husband and (in her dreams, at least) three golden retriever puppies. Listen to her talk books on The SSR Podcast.
Dogs
Relationships
Dogs Relationship Advice study
More From Relationships