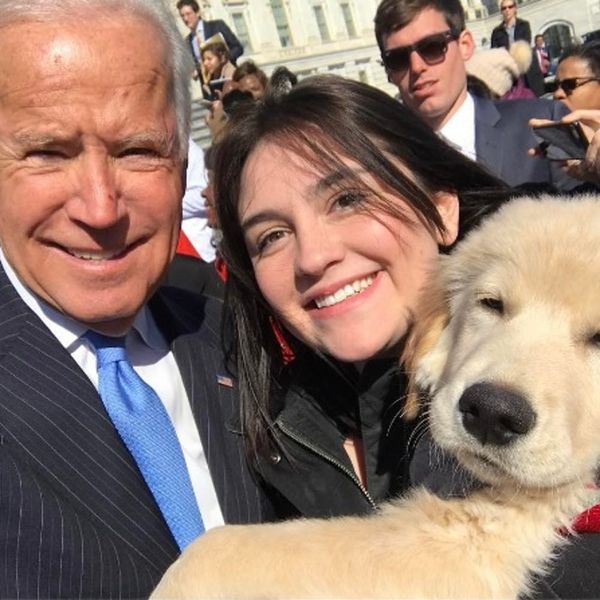 While former Vice President Joe Biden moves on from the White House, there’s someone who’s not about to forget about him any time soon. And when we say “someone,” we happen to mean an adorable little puppy who shares the same name.

Getting a chance to meet while the former VP was in Washington to celebrate the anniversary of the Affordable Care Act, the four-month-old Golden Retriever pup’s own Sydney told BuzzFeed, “As soon as [human Joe Biden] saw the dog during the actual speech, he pointed at the dog, tapped his friend and then started like cracking up. Right towards the end, I, like, kind of signaled him, and he, like, gave me a wink to come over.”

Are your pets named after anyone? Let us know @BritandCo!

Desiree O
Desirée O is a ‘Professional Bohemian’ who loves anything and everything related to the arts, entertainment, and pop culture. She ADORES being a ‘Newsy’ for Brit + Co, covering all of the latest tidbits of awesomeness that you want to read about. When she’s not writing, she’s either making messy art, going on long adventurous walks with her camera, or poking around over at bohemianizm (http://www.bohemianizm.com/). You can find out about Desirée O and her work at http://DesireeO.com/ or follow her on Twitter @DesireeO.
Dogs
Celebrity News
Dogs
More From Celebrity News