5 Must-Download Apps This Week, Including the Grossest App Ever + More! 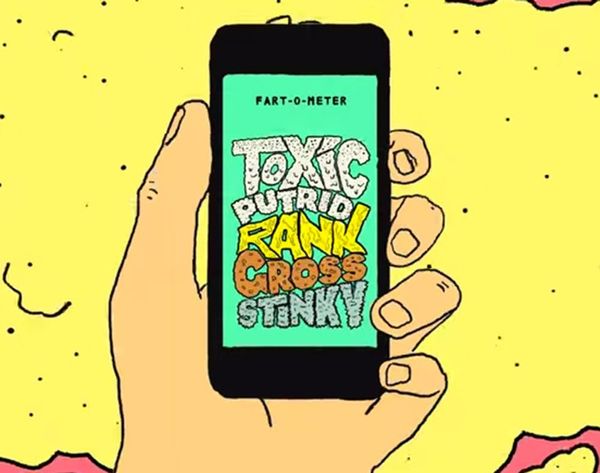 Kicking off the week with a major glimpse at the new apps and updates coming to our next iOS devices was a blast, but we didn’t take Tuesday – Friday off, y’all! We still had a whole week left to discover downloads that make our phones go “whoa.” These ones might tickle your home button, too. Check out some of our favorite of the week, from the classy to the gassy (huh huh), we got you covered with a healthy helping of What’s App-ening.

1. NYT Opinion: The latest app spinoff c/o #TheGreyLady lets you scroll through the Times’ Op-Eds with ease. Read more about Maureen Dowd’s edible adventures in exclusive writer Q&As and browse “Op-Talk,” the app’s second stream of curated commentary from across the web. There’s even a Pocket-like function called “My Reads” which lets you save articles to peruse later.

Cost: Free for iOS but the subscription to the Opinion section is $1.50 a week

2. Fart Code: What a way to follow up the NYT, right? This disgusting app is setting out to teach your kids about nutrition in the grossest way possible: through their, um, gas. It sounds sickening, but the idea behind it is genius. Kids can hold the app’s scanner up to food and it will tell them what healthy vs. nasty things are in it by predicting how seriously smelly their situation will be after ingesting it. Then, they can text their findings to friends to spread their newfound knowledge. Which is better than telling them the old-fashioned way.

This could revolutionize the way kids choose snacks and eventually shop for themselves. As the app puts it, they want you to “get smart from your fart.” We guess, “Beans, beans, they’re good for your heart” was in need of an update…

3. Talkz: Are talking stickers the new selfies? What about the new GIFs? Or how about the new texting? Talkz says, “well, kinda” to all. We say, “well, how about the new emoticons?” The app’s stickers (think, emojis on ‘roids) will deliver any message you type for them in their own voice. Tell your friend you’re on your way in Ah-nold’s signature growl and then share how funny that little sticker is straight from your iMessage with their sneaky social buttons.

Cost: This bad boy is free and comes in iOS, Android, Windows Phone and Blackberry flavors.

4. Looksery: Forget slapping a filter onto videos after you’ve recorded them… or touching up your makeup pre-FaceTime sesh, this app uses face tracking and transformation technology to apply video filters you can edit in real-time. When it launches (Looksery is on Kickstarter right now) you’ll be able to use it to record gorgeous video + have some seriously styled video chats.

Cost:Pledges start at $5 for the app (which will be free if and when it launches) with an expected delivery date of July for iOS and November for Android.

5. Ojoo: You know that friend who’s really into walking tours? And who’s made you a believer of how awesome they can be? They’re going to FREAK out with this app that lets you create, play and share guided tours and mapped out city games from your phone. It sounds niche, but the possibilities are endless: bachelorette party scavenger hunt? Super fun field trip for teachers + students? The nerdiest-cool way to explore your city with friends visiting?! We are into this awesome idea.

Cost: The app isn’t available just yet, but you can sign up now to get early access!

At this point, we can’t actually remember a time when Flappy Bird existed, we just know that everything else in the pop culture world has been Flappy-ized since then. The latest reincarnation to fly onto the scene is Feisty Chicken, an Orange Is the New Black-inspired game released by Netflix to celebrate the show’s second season return this weekend. Now we know what we can do while our Chicken Kiev cooks.

What was your favorite app download this week? Which of the above are you ready to DL? Share below!

Lisa Raphael
In her past professional lives, Lisa has served the masses as the Editorial Director at Brit + Co, Bieber Whisperer at J-14, Golden Girls Fan Club Prez at Lifetime and Talk Show Host Understudy to Katie Couric. Now, she's taking on the sports world at The Relish, teaching Hairography 101 in her spare time and will forever be trying to fill the hole Zayn Malik left in her heart.
Android Apps
Tech
Android Apps