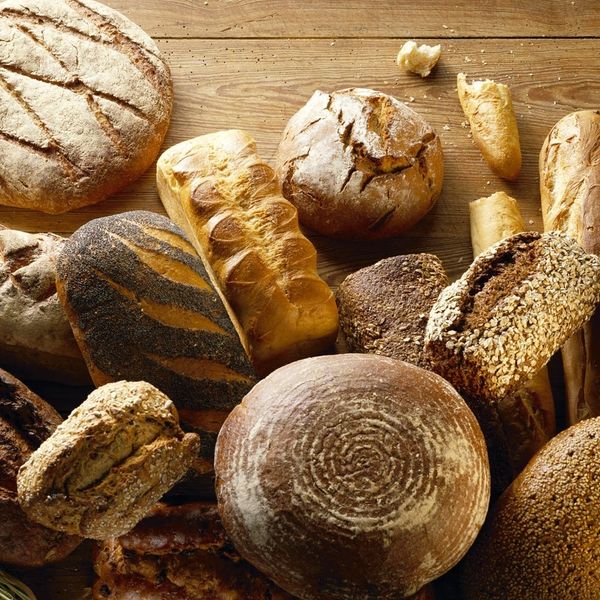 Diet trends like keto, paleo, and Whole30 have all convinced us that, like eating gas station sushi, carbs should be avoided at all costs. But according to a new study published in The Lancet Public Health, eating some doughy goodness could actually be good for your lifespan. Grab a baguette and keep on reading.

Researchers observed over 15,400 middle-aged adults in four US communities over a median span of 25 years. The participants responded to a dietary questionnaire about their food and beverage intake at the beginning of the study period and six years in, and were examined at follow-up visits every 3 to 5 years.

At the end of the study, a U-shaped relationship was found between carb intake and mortality. People who had diets that were low-carb (less than 40 percent of their total energy intake) or high-carb (over 70 percent of total energy intake) had a higher mortality rate, while people who consumed 50 to 55 percent of their total energy from carbohydrates had the lowest risk of mortality and the greatest lifespan. This data was corroborated by previous studies, bringing the total of participants to over 430,000 from over 20 countries.

They also found that low-carb eaters who replaced their carbs with animal-based proteins and fats (e.g., beef and chicken) had a higher risk of mortality than those who ate more plant-based ones (e.g., vegetables and nuts), showing that what you choose to eat instead of that bread or pasta can really make a difference. Says Dr. Sara Seidelmann, the study’s lead researcher and a Clinical and Research Fellow in Cardiovascular Medicine from Brigham and Women’s Hospital, “if one chooses to follow a low carbohydrate diet, then exchanging carbohydrates for more plant-based fats and proteins might actually promote healthy aging in the long term.”

The researchers admit there are some limitations to their results: Self-reported data may not always be accurate, diet patterns could have changed between the time the last questionnaire was completed and the end of the observation period, and correlation does not necessarily mean causation (there could be other factors, such as cultural differences, at play).

Still, these findings may change the way you plan your next meal. But many dieticians will tell you that while the body requires carbs for energy, they’re not all created equal; complex carbs like whole grains and vegetables are preferred over refined carbs like white rice and sodas. So step away from the sheet cake and take note, carb-lovers: Like tweezing your eyebrows, scrolling through your Tinder match’s IG feed, and most things in life, moderation is key.