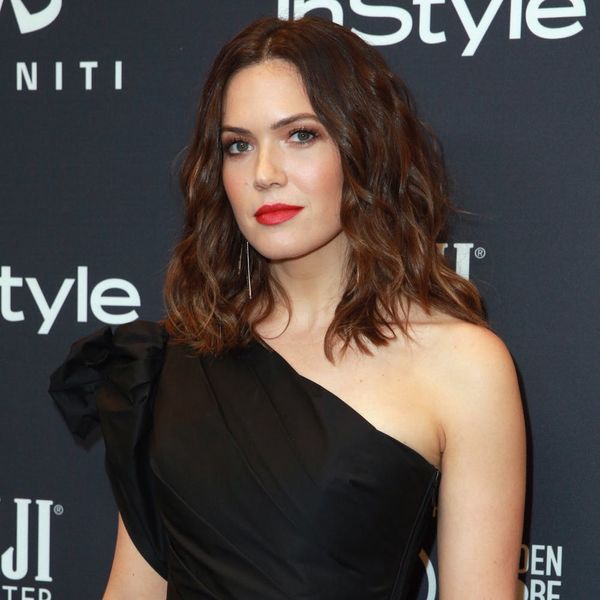 Things seem to be going pretty well for Mandy Moore. She got engaged back in September, she has one of the most beloved TV families around on This Is Us, and she even has new music on the way. Perhaps one of the reasons she’s doing so well is that she’s learned when to say no to people or opportunities — and when to say yes.

Moore spoke to Well and Good at a recent luncheon, where she took some time to consider what she would tell herself 15 years ago if she had the chance. Noting that she thinks her younger self should have had a sense of “fearlessness,” she explained, “I had a real difficulty, as I’m sure a lot of people do, with saying no.” She now says that she needed the courage to turn down opportunities that weren’t right for her (in her case, the roles that she wasn’t thrilled to take on).

She also said, though, that she could have benefited from being more open to other unexpected and enriching adventures that came up. “I remember traveling around the world, especially as a young person, and being like an old grandma already— saying no to experiences of exploring a city, going out to dinner, pushing my bedtime a little later and trying a new restaurant with some people I was working with in Prague.”

That’s why, if she had the chance, she confessed, “I would tell myself to relax and have a little bit more fun. I look back now and go, ‘Well, it’s a little too late for me to do anything crazy — that ship has sailed.'”

#FBF to Emmy Sunday when this guy flew across the country the morning of just to share the day with me. 😍😍😍😍

Though she may want a few do-overs when it comes to other areas of her life, she’s totally fine with how things ended up romantically. Opening up about her fiancé, Taylor Goldsmith of the band Dawes, the star revealed, “I wouldn’t have been ready for this particular relationship at any other point in my life until recently. I had a lot of work to do on myself, and I know that sounds so self help-y and silver lining, but I had to go through particular experiences to get me here.”

She continued, “I would do it exactly the same way because it’s all a lesson, and there were beautiful moments in it. I realize I had to go through this crazy trail to find my way to where I am now.”

What would you tell your younger self? Let us know @BritandCo!