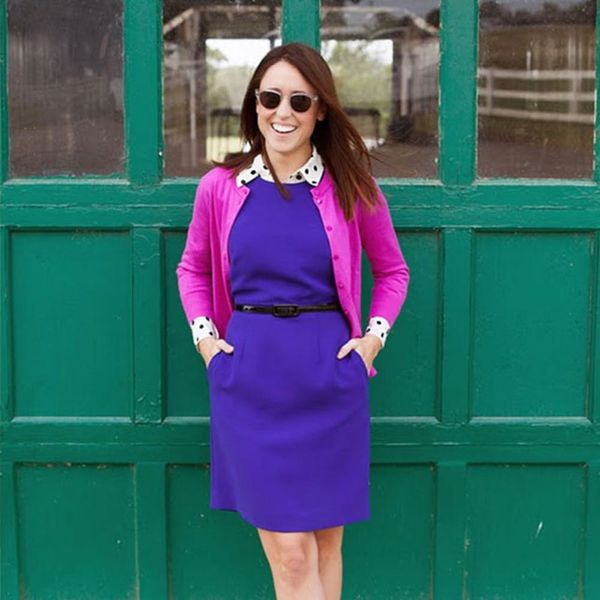 When Mark Zuckerberg picks a New Year’s resolution, it’s a slightly more public situation than our vow to drink more water. On his Facebook page (naturally) on January 2, Zuckerberg thanked the 50,000 people who made suggestions for his 2015 challenge and ultimately decided that this would be the year of the book. He’s vowed to read one book every other week throughout 2015. That’s 21 books in one year — impressive.

Hopefully people react to his attempt to up his literary skills with more love, because he wants to get the entire Facebook community involved in his “A Year of Books” pursuit. He encourages people to comment and discuss the books (only if you’ve read them) on the Year of Books page which he assures will be moderated to keep the discussion focused. (We do not envy the comment moderator for that page, yeesh.)

The page has almost 200,000 likes, which honestly seems a bit low for a guy with 31 million Facebook followers. But with the book club being only a week old, it’s a great start. He’s at least attracted enough fellow readers to put Amazon’s stock to the test.

The first book he chose for the year, “The End of Power” by Moisés Naím was temporarily out of stock on Amazon, at least for a little while according to one commenter: “Also give Amazon a heads up before you select the book — already sold out!”

We’re not saying that anyone on the planet could trump Oprah and her famous Book Club, but Zuckerberg’s resolution will definitely up sales and page views on more than just Facebook URLs. Hopefully it’ll get more people reading . We only have one comment: No Spark Notes allowed, Marky Mark.

What book would you like to see next on the Zuckerberg’s list? Let us know in the comments!

Katelan Cunningham
Katelan is a tech junkie obsessing over all things startup and design. She has entirely way too many apps on her phone and is no stranger to binge-watching. She accidentally fell in love in Los Angeles and that’s where she currently lives, writes, tweets and grams.
Books
Tech
Books Facebook