Meet the Woman in Charge of Revamping Uber’s Tarnished Image 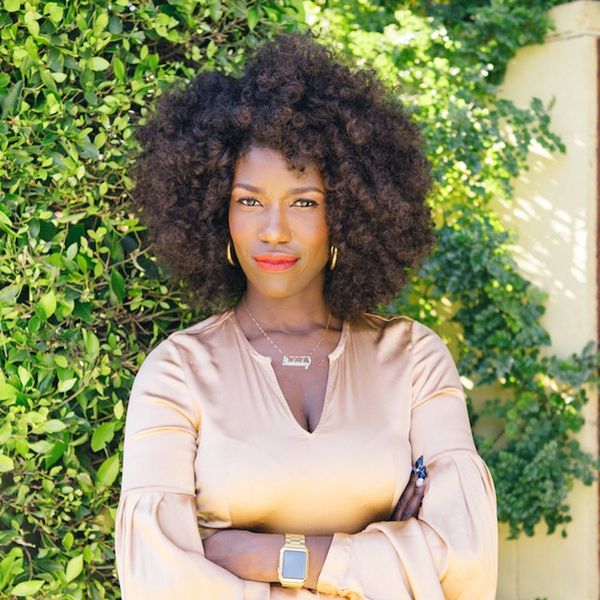 Uber has had a pretty rough year so far. It started in January, when the #DeleteUber movement took off as a response to the company’s ties to President Trump. Then, in February, a blog post by a former employee that detailed the sexual harassment she experienced at the company went viral, resulting in investigations into the company’s culture and some major leadership changes.

To date, 215 claims (including discrimination, sexual harassment, unprofessional behavior, bullying, harassment, retaliation, and physical security) have been investigated, an Uber spokesperson told Brit + Co. The investigations resulted in 20 terminations and, among other internal changes, Uber says they have taken significant action to beef up HR processes and have doubled their employee resources team across the globe.

They’ve also made some prominent new hires. In June, Bozoma Saint John joined the company from Apple Music, and she says she wants to better find and tell the human side of the company’s story. It’s certainly not the easiest time to come into the company, so we chatted with Saint John about finding opportunity in challenges, the responsibility she feels in her new role, and the good that can come from jumping into new things head first.

Brit +Co:You are coming into Uber at a difficult time. How has it been coming in at a time of such huge transition?

Bozoma Saint John: Transition is really good. It’s important for evolution. I don’t think anybody has been denying the fact that there have been challenges with the corporate culture, but everyone I’ve spoken to, before I took the job and since, is really committed to change. I’ve seen great examples of that already.

And quite frankly, I also feel very responsible, as a leader and as an executive. I want to make sure that my own experiences and the way that I interact, the plans that I have, the vision that I set, really identify and align with my own personal values, so that I can set an example and tone.

B+C:Are you able to speak about any of the plans you have so far?

BSJ: In my whole career, my whole experience has been about aligning human stories and pop culture with the brands that I work on. There are so many incredible stories from drivers and riders, and their experiences with Uber, that can be told. I want to really pull out what that human experience is. Tactics are still coming, but the vision is certainly set, and I have a strong one.

B+C:Do you potentially see an opportunity to connect the larger cultural conversation by and about women in 2017 to Uber’s recent challenges in your work?

BSJ: Absolutely. I live my life as a woman, so that’s the perspective that I have, and there’s no separation with how I see the world and the very deep impact [women have] not just on corporate culture, but on pop culture. That’s really important to me too.

B+C:What advice would you give to young women facing professional challenges?

BSJ: The first thing is, obviously, “To thine own self be true.” Know what you know and know it well. Know it better than anyone else. That’s going to give you the confidence to step into an environment that you’re either unsure of, or trying to get to know. At every step, at least for me in my career, I’ve always found that I needed to jump into a new environment in order to find growth.

B+C:Is there anything else we should know about your new role or your plans?

BSJ: I’m just excited. I think some people see a challenge, but I see a really good opportunity. I’m running toward this with lots of passion and excitement. There is no fear.

What do you think about the changes being made at Uber? Let us know @BritandCo!