Uber’s Response to an Ex-Employee’s Sexual Harassment Claims Is a Start, But It Isn’t Enough 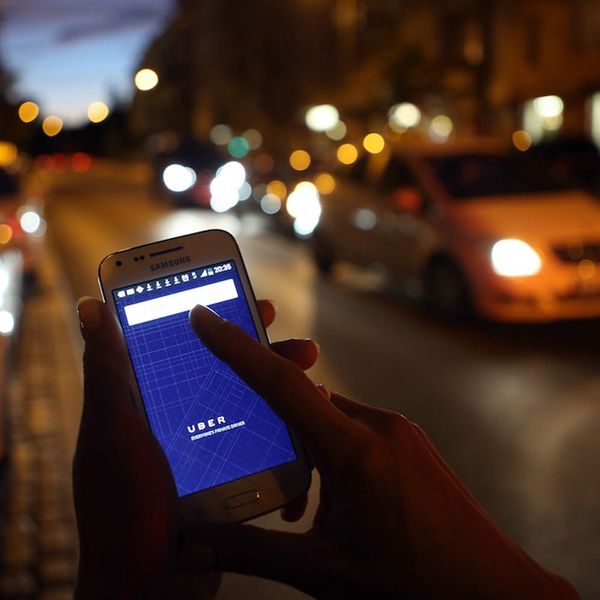 Without a doubt one of President Donald Trump’s most controversial (of many controversial) executive orders has been the immigrant travel ban. Though it currently remains blocked by a federal appeals court, civilians, celebrities, and even tech companies (Brit + Co proudly among them) like Uber remain committed to fighting against the order.

During the peak of the initial travel ban protests, Uber CEO Travis Kalanick found himself caught in the crosshairs; Uber kept operating even during a temporary New York Taxi work stoppage in support of the airport protests, and the previously known (if not widely reported) fact that Kalanick served on Trump’s business advisory council spread fast and furious. Uber users began deleting the app en masse. Feeling the pressure, Kalanick quit the business advisory council, a move that seemed to prove that getting involved and taking action could actually affect change.

I wrote something up this weekend about my year at Uber, and why I left: https://t.co/SyREtfLuZH

Even more recently, however, Uber found itself at the center of more controversy, as a blog post by one of its former employees went viral. In the blog post, Susan J. Fowler writes about the year she spent working as an engineer at Uber, and the sexual advances she was subjected to during that time.

“When I reported the situation, I was told by both HR and upper management that even though this was clearly sexual harassment and he was propositioning me, it was this man’s first offense, and that they wouldn’t feel comfortable giving him anything other than a warning and a stern talking-to,” she wrote. “Upper management told me that he ‘was a high performer’ (i.e. had stellar performance reviews from his superiors) and they wouldn’t feel comfortable punishing him for what was probably just an innocent mistake on his part.”

The behavior continued and, after repeated reports to HR and accounts of the same thing happening to coworkers, still no appropriate action was taken, so eventually, Fowler left the company for another job.

The same day the blog post went up, Kalanick ordered an “urgent investigation” into the claims. The Uber CEO also called the employee behavior Fowler described in her blog post “abhorrent and against everything we believe in,” saying, “Anyone who behaves this way or thinks this is okay will be fired.”

At a meeting for all Uber employees that happened on Tuesday, February 21, Kalanick even teared up as he apologized for the company culture that allowed the sexual harassment to happen, according to Bloomberg. But while the swift investigative action and serious stance on a no-tolerance environment is encouraging, it’s also hard not to think that there’s more that could have been done before it got to this point.

Bloomberg also reported that at the meeting, Kalanick at times admitted to not properly responding to employee complaints. Knowing he was very likely aware of the overall culture that allowed what happened to Fowler is discouraging, despite his efforts after the fact.

In a company blog post, Uber board member Arianna Huffington said, “Change doesn’t usually happen without a catalyst. I hope that by taking the time to understand what’s gone wrong and fixing it we can not only make Uber better but also contribute to improvements for women across the industry.” That includes stopping it before it has a chance to start.

Do you think the Uber CEO’s reaction is satisfactory? Let us know over @BritandCo.

Nicole Villeneuve
Nicole is an entertainment and lifestyle writer covering pop culture, news, and cool women doing cool things. She likes yard sales, MTV's Teen Mom, and putting too many memes in the group chat. She lives in Toronto.
Tech
More From Tech