Watch an Old Clip of Meghan Markle Taking (and Failing!) a ‘Britishness’ Quiz 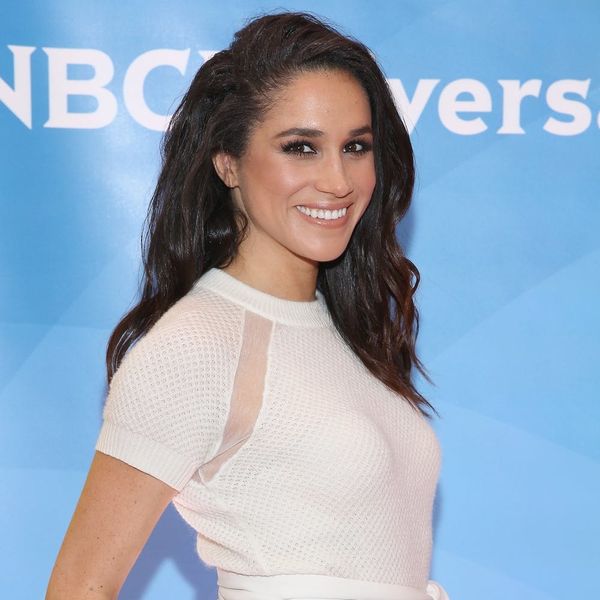 Shortly after the announcement of Prince Harry and Meghan Markle’s engagement, Kensington Palace shared details on their wedding date and location, as well as the couple’s first official events together. The royals also confirmed that Markle intends to become a UK citizen, and while she’s already living overseas, an old video clip suggests she might have to brush up on her knowledge of all things British before becoming an official resident.

As seen in the resurfaced clip from July 2016 — right around when she would have first started dating Harry — Markle partook in a “Britishness” quiz for the TV show Dave. As she went through a selection of cue cards, she tried, with not much success, to answer questions on everything from the real names of British ales and places, to Cockney slang, to the national animals of England (a lion!), Scotland (a unicorn!), and Wales (a dragon?!). “Are these real right now?” Markle said, laughing, clearly having fun with the segment.

Markle scored highest when it came to knowing the British equivalent of familiar American words such as chips and trousers. “I think I lost,” she joked.

At the time, Markle was overseas promoting the UK premiere of season 6 of Suits. On Wednesday, the USA Network officially announced what many already presumed — that the show’s current seventh season would be the last for Markle and her lead character, Rachel Zane.

“Meghan has been a member of our family for seven years and it has been a joy to work with her,” the statement read. “We want to thank her for her undeniable passion and dedication to Suits, and we wish her the very best.”

A spokesperson for the royal family said it is currently too early to say whether Markle will also retain her US citizenship after becoming a UK citizen. The process is reportedly expected to take several years.

Could you pass a “Britishness” quiz? Let us know @BritandCo!