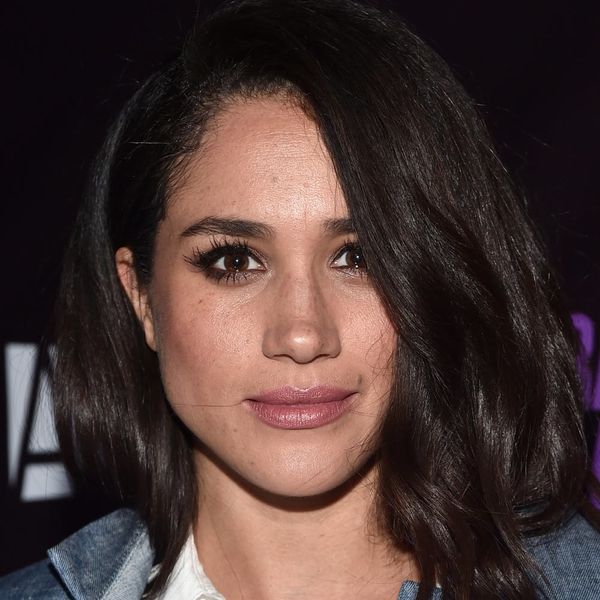 The royal couples are coming out of the woodwork! Just several days after Pippa Middleton made her public debut with fiancé James Matthews, her brother-in-law Prince Harry had a debut of his own, attending his very first public event with girlfriend, Meghan Markle.

The couple, who have been dating since at least December, hit up a polo event in Ascot, England with Harry as a participant and Markle as a spectator.

The Suits actress reportedly cheered on her man from the Royal box while clad in a navy blue Antonio Beradi frock and a white blazer.

It’s a sight we expect to see a whole lot more of in the coming months, with the the 35-year-old even rumored to be attending Middleton’s impending nuptials with her beau on May 20 (or at least the reception part of it — protocol states that partners of Royal family members that are “unmarried or un-engaged” skip the more formal ceremony).

It’s sweet to see the two out and about, proverbially shouting their love from the rooftops for all the world to hear (and see)!

Are you happy to see these two make their royal debut? Tell us over @BritandCo.

Nicole Briese
Nicole is the weekend editor for Brit + Co who loves bringing you all the latest buzz. When she's not busy typing away into the wee hours, you can usually find her canoodling with her fur babies, rooting around in a bookstore, or rocking out at a concert of some sort (Guns N' Roses forever!). Check out all her latest musings and past work at nicolebjean.com.
Celebrity Couples
Celebrity News
Celebrity Couples Love Royal Family
More From Celebrity News