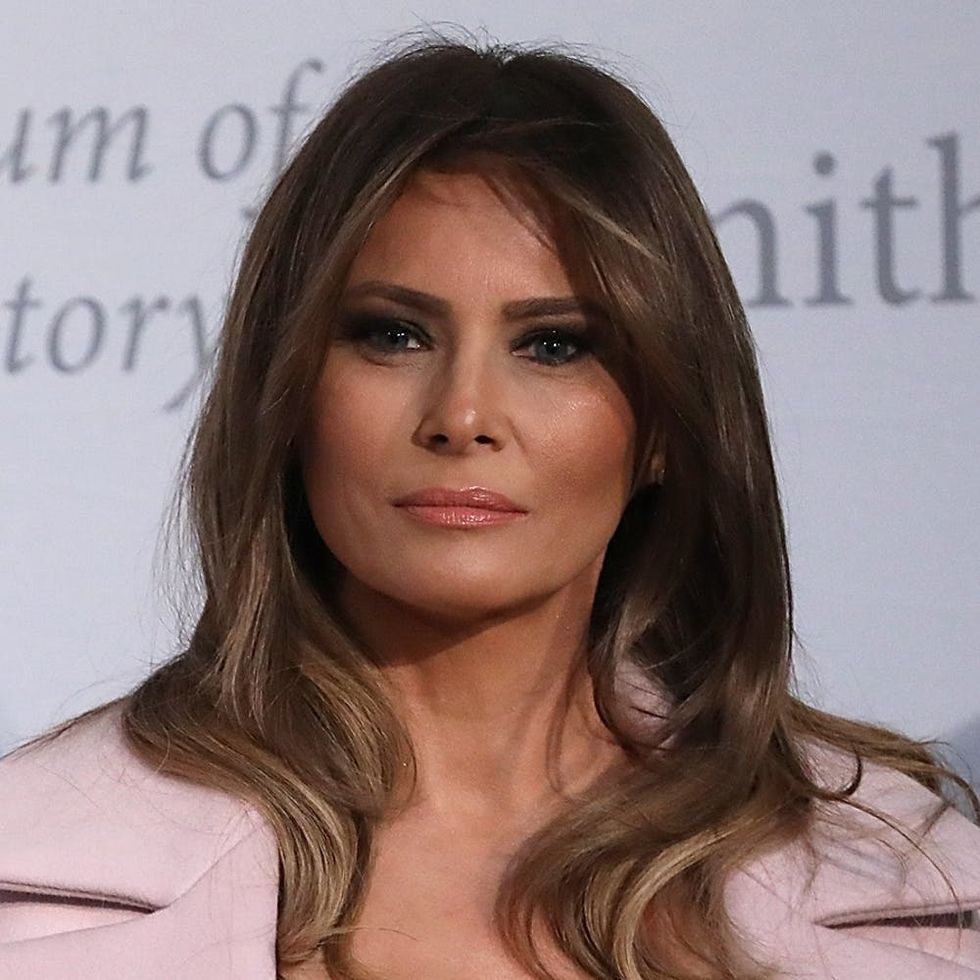 On Wednesday, October 25, Melania Trump made an appearance at Orchard Lake Middle School as part of October’s National Bullying Prevention Month. For the event, First Lady opted for a designer coat in her go-to hue.

The 47-year-old stopped by West Bloomfield, Michigan, to kick off the White House’s “Week of Inclusion,” a campaign intended to teach children “lessons about respecting others, kindness, and inclusion.” The FLOTUS wore a Valentino Double-Breasted Cool Wool Peacoat ($2,950), which she paired with cropped gray slacks and a gray sweater.

The feminine color is one the First Lady clearly favors when it comes to her outerwear. Just earlier this week, she was snapped wearing a baby pink Jill Sanders coat draped over her shoulders as she watched her inaugural ball gown by Hervé Pierre inducted into the Smithsonian museum.

What do you think of Melania’s look? Share with us @BritandCo.

Nicole Briese
Nicole is the weekend editor for Brit + Co who loves bringing you all the latest buzz. When she's not busy typing away into the wee hours, you can usually find her canoodling with her fur babies, rooting around in a bookstore, or rocking out at a concert of some sort (Guns N' Roses forever!). Check out all her latest musings and past work at nicolebjean.com.
Celebrities
Celeb Style
CelebritiesCelebrity StyleCoatsPolitics