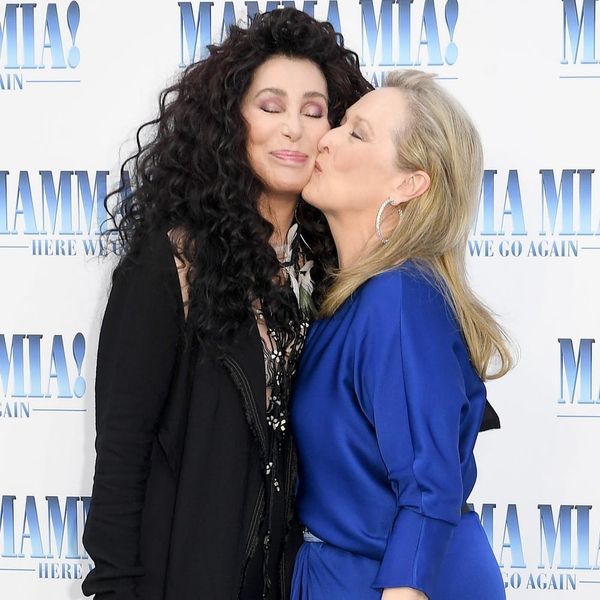 Ten years after the release of the original Mamma Mia! film, Mamma Mia! Here We Go Again is finally set to open in theaters this week. At the London premiere of the long-awaited flick on Monday, July 16, two of the film’s stars, Meryl Streep and Cher, lit up the red carpet with their love for each other, and it was truly an inspiring sight to behold.

“I came on the set the day that she sang ‘Fernando.’ That was my first day,” Streep told ET. “And she just lifted the lid off the place! I mean, she steals the movie!”

The two iconic women previously worked on 1983’s Silkwood together, during which time they also managed to help take down a mugger and save a woman from being attacked. Their time on set for Mamma Mia! 2 sounded far less serious, however, with costar Amanda Seyfried previously telling ET that she imagined the two longtime friends getting together to watch movies in their sweats. “I’m pretty sure they were staying at the same place when they were in town to shoot,” she said.

Cher, 72, plays Streep’s mother in the sequel. Early trailers for the film had a serious lack of Streep’s character, Donna Sheridan, and fans were worried about her status. Seyfried, who stars as Streep’s on-screen daughter, assured fans that she’s definitely in the film — and with the movie opening on July 20, there are only a few days until we see for ourselves.

Are you living for Meryl Streep and Cher on the Mamma Mia! red carpet? Let us know @BritandCo!