Your Messy Office Might Be Affecting Your Brain Health 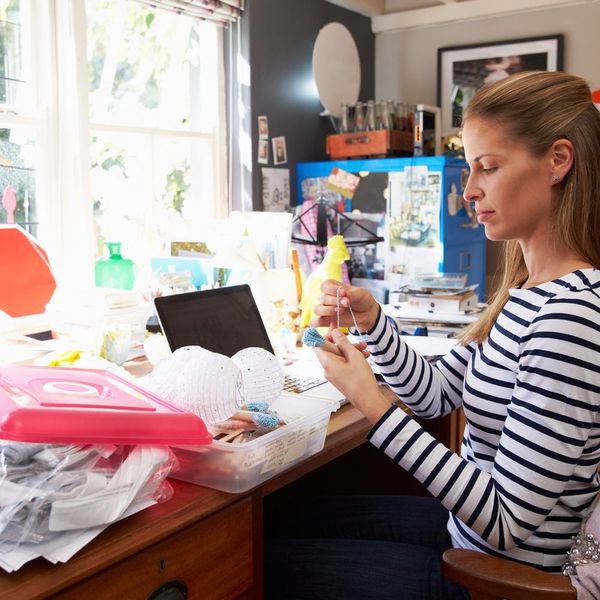 Between putting in the effort to break your bad work habits and searching for true work-life balance (SO hard for those natural workaholics), there’s enough to stress about at the office without having to worry about whether or not it’s affecting your health. But, according to a new study, a dirty, boring work environment can have long-term effects on the brain health of employees.

Researchers at Florida State University used the cognitive function data from working adults participating in the “Midlife in the United States” study to look at 5,000 adults’ responses about their ability to pay attention, complete projects, manage their time and learn and then later apply information at work. In a nutshell: cognitive functioning.

The researchers found that two types of workplaces affected brain health, and one may really gross you out. The first was that greater complexity in how we learn new skills and take on new challenges, AKA intellectually stimulating work, resulted in stronger cognitive performance. Note to ladies with boring jobs: This correlation was especially apparent in women.

Researchers also discovered that men and women who have jobs that exposed them to a dirty working environment —including exposure to things such as mold, lead or loud noises — saw a cognitive decline. What about lunchroom slobs? What a nightmare.

“Both of these issues are important when we think about the long-term health of men and women,” says Dr. Joseph Grzywacz, lead researcher. He adds, “There are real things in the workplace that can shape cognitive function: some that you can see or touch, and others you can’t. We showed that both matter to cognitive health in adulthood.”

In previous studies, researchers had studied both effects separately; however, this was the first study that showed that both an unstimulating and unclean workplace both took a toll on brain health as people aged.

He probably didn’t have to say it, but Grzywacz noted that designing jobs to ensure employees have some decision-making ability, as well as cleaning up the workplace, may protect cognitive function later in life. Whoa. Make sure these two things are at the top of your dream job checklist!

Tweet us how your work keeps your brain active and healthy @BritandCo!

Kelsey Nelson
Kelsey Nelson is a born-and-raised Ohioan living life in South Carolina. She thrives at binge watching Netflix, contemplating what to order at the bar and running any trail or road she can get her feet on. In addition to being a Brit + Co contributor, she writes about southern pleasantries, DIY mishaps and more at North Living South. If she isn’t writing or running, she’s off adventuring with her husband Brad and their Lab/Dachshund mix, Gordy.
Office
Work
Office science study work Workspace