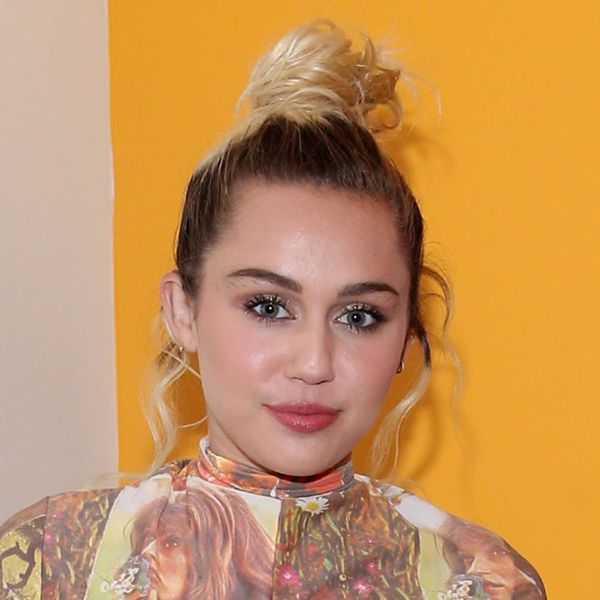 Oh, Miley. With new music on the way, the 24-year-old songstress is gearing up for its impending release with plenty of publicity. Unfortunately, it hasn’t all been the good kind. While Cyrus has been busy explaining what her new sound will be like and exactly what happened with her on-again fiancé Liam Hemsworth, the “We Can’t Stop” singer is getting plenty of flack for several comments she made about the hip-hop genre in a recent interview with Billboard.

In the piece, she spoke about how she was moving away from her “Hip-Hop” vibe and into new musical territory. That’s when things took a turn. While she admitted to loving Kendrick Lamar’s new single, “Humble,” the chanteuse also lambasted other rappers in the industry for their lyrics, saying, “I love [Lamar’s song] because it’s not ‘Come sit on my d–k, suck on my c–k.’ I can’t listen to that anymore. That’s what pushed me out of the hip-hop scene a little. It was too much ‘Lamborghini, got my Rolex, got a girl on my c–k’ — I am so not that.”

Fans are not taking her words lightly.

Many on Twitter felt that she used hip hop music and culture to her advantage to further her fame, then dismissed it in a move they thought reeked of cultural appropriation, dragging her accordingly on social media.

Miley Cyrus used hip hop as an outlet to go crazy during her break up with Liam Hemingway, they got back together & now she's done with rap

Miley Cyrus profited off of Hip-Hop culture/music for 4 years straight and now she all of a sudden has a problem with it.

Cyrus has now responded to those with ruffled feathers with an Instagram post meant to clarify her words.

“When articles are read it isn’t always considered that for hours I’ve spoken with a journalist about my life,” the singer said. “So, to be clear I respect ALL artists who speak their truth and appreciate ALL genres of music…I have always and will continue to love and celebrate hip-hop as I’ve collaborated with some of the very best!”

While it’s unclear how her apology will play out, one thing’s for sure: Things are just getting started for Cyrus in her new journey.

What do you think of Miley’s about-face? Tell us @BritandCo!

Kat Armstrong
Kat has been a writer, social media maven and mom for longer than she's willing to admit. She's also spent time in front of and behind the camera, interviewing celebs, politicians and acting as a producer for fashion and artistic photography shoots. When she isn't writing for various orgs and publications, she's hanging with her kids, husband and French Bulldog, Peter, in Toronto, Canada.
Controversy
Celebrity News
Controversy Miley Cyrus Music
More From Celebrity News