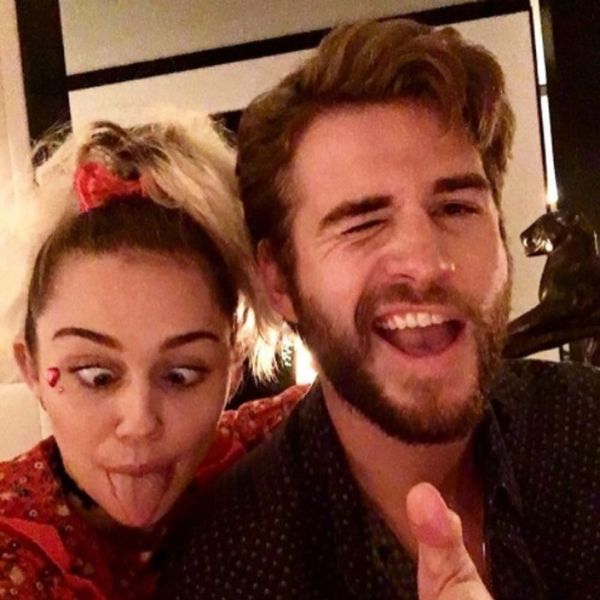 Miley Cyrus may seem to be pretty open about most aspects of her life, from her love of her adorable pets to her love of, well, weed (which she’s recently quit, BTW). But when it comes to her relationship with Liam Hemsworth, she’s been relatively quiet about their reconciliation. That is, until now. Miley Cyrus has finally revealed the real reason she broke up with her love and what’s allowed them to come back together.

Sitting down for a chat with Billboard, the singer was ready to give us the deets regarding the new music she’ll be releasing on her upcoming album (scheduled to drop later this year, FYI). And while fans probably could have guessed what her current inspiration would be, Cyrus admitted that the first single, “Malibu,” is all about Liam Hemsworth. “They’re going to talk about me if I come out of a restaurant with Liam,” Miley admitted. “So why not put the power back in my relationship and say, ‘This is how I feel’?”

And while we definitely can’t wait to hear how she’s feeling about Hemsworth these days (as if it isn’t already totally, utterly, and adorably obvious), she also opened up about the reason the two split in the first place.

Reflecting on the time she and her love spent apart, the 24-year-old didn’t deny that her past claims (“I’m so immersed in work, I can’t even think about it.”) were completely valid, but has also now revealed, “I needed to change so much. And changing with someone else not changing like that is too hard. Suddenly you’re like, ‘I don’t recognize you anymore.’” Oof.

Despite the sad-sounding sitch the two found themselves in, Cyrus added, “We had to refall for each other.” And that they did. Now, re-engaged and seemingly enjoying life together (with their many animals), we can’t wait to see what the future holds for these lovely love-birds.

Can you relate to Miley Cyrus’s need to have time alone to grow before reconciling with Liam Hemsworth? Let us know @BritandCo!

Desiree O
Desirée O is a ‘Professional Bohemian’ who loves anything and everything related to the arts, entertainment, and pop culture. She ADORES being a ‘Newsy’ for Brit + Co, covering all of the latest tidbits of awesomeness that you want to read about. When she’s not writing, she’s either making messy art, going on long adventurous walks with her camera, or poking around over at bohemianizm (http://www.bohemianizm.com/). You can find out about Desirée O and her work at http://DesireeO.com/ or follow her on Twitter @DesireeO.
Celebrity Engagement
Celebrity News
Celebrity Engagement Dating Miley Cyrus
More From Celebrity News