Here’s Everything We Know About Miley Cyrus’ New TV Show 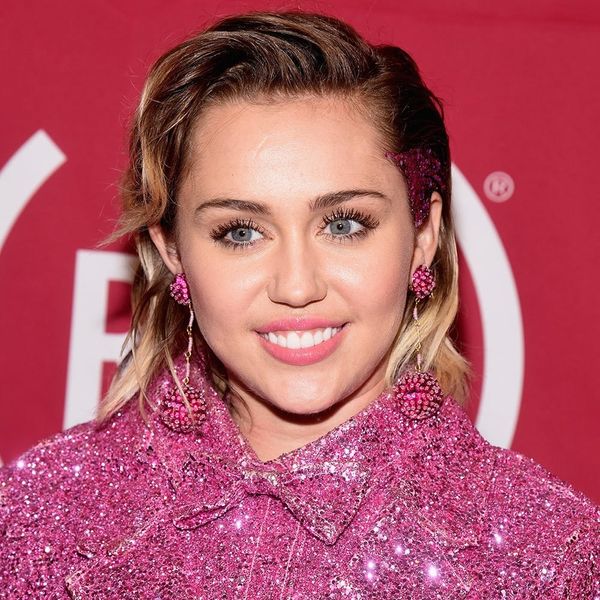 Since the conclusion of that little known Disney show that shot her to stardom, Miley has stepped away from the small screen. While she’s starred in a handful of Hollywood films (ahem, The Last Song) since saying goodbye to Hannah Montana, she’s primarily spent the last few years really focusing on producing those party-perfect tunes we’ve grown to love her for (oh, and expertly toying with our emotions by spontaneously wearing her old engagement ring). But things seems to really be changing in Mileyland. Today she announced she’s headed back to television to star in Woody Allen’s first ever television series.

Miley shared the news on her Instagram this morning. Next to a photo of Woody Allen’s face, Miley wrote, “Stoked to be in Woody Allen’s first series!!!!! I had claimed 2016 to be my year of ‘chillin’ the f**k out’ but next to my bed for a few years now has been this portrait of W.A. [Woody Allen] and I was looking into his eyes when I got the call to be a part of the cast and work alongside the bad a$$ Elaine May and ‘da dude himself! 1960zzzz here I cummmmm.”

We know Miley kind of speaks of language all her own, so here’s what that breaking news really means: Woody Allen has teamed up with Amazon to produce a six-episode series that’s set to begin filming in March. Not much has been disclosed about the series plotline but according to Deadline, Allen wrote the script. He’s also set to star alongside actress Elaine May and of course, Miley Cyrus. Serving as a possible ode to Allen’s heyday, it’s all going to take place in the ’60s. If the costumes will include any sort of psychedelic inspired fashion, we’re thinking we have a pretty good idea why Miley signed on to the project…

(Photo via @mileycyrus and Dave Kotinsky/Getty)