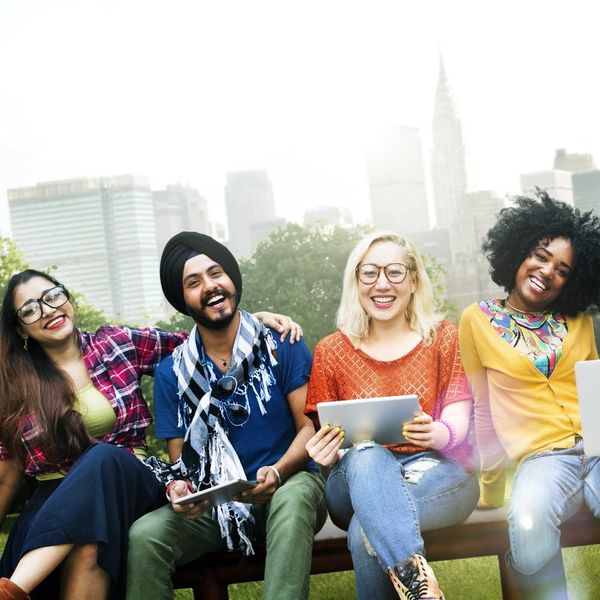 Of course you know that the dude emailing you is not in fact a Nigerian prince, and that the people knocking on your door to “check your water heater” without an appointment are probably not on the up-and-up — but if you think you’re truly savvy when it comes to being scammed, you may want to think again. While we might assume that Grandma and Grandpa are apt to fall for scrupulous spammers and creepy cons, it turns out that millennials are actually more likely to be scammed than seniors. Seriously.

A survey conducted by the Connecticut Better Business Bureau found that folks between 18 and 25 years old are at the most risk for being scammed and, on top of that, older people are much hipper to scams than we give ‘em credit for.

The study, which included more than 2,000 adults from both the US and Canada, asked participants about their own perceived vulnerability to scammers as well as who they thought would be most likely to fall for questionable schemes. While most of those polled felt that they were more savvy than others, they all also pointed to seniors as the ones who were most likely to be hit.

But nope! Not only are seniors apparently less impulsive and less likely to take wild risks, but CBBB has found that since they also use the Internet much less than millennials, they’re staying far away from today’s hotbed of scams in the first place.

In fact, the Connecticut Better Business Bureau has found that 89 percent of seniors managed to spot scams before being taken in, while peeps 18 to 24-years-old were actually three times (!) more likely to be conned, with a third of those even losing money by failing to recognize the danger in time.

“There is a mistaken belief that typical fraud victims are vulnerable and elderly, or gullible and poorly educated,” CBBB’s Howard Schwartz said, adding, “The survey paints quite a different picture. Those at highest risk of being scammed are young and educated millennials. In fact, none of us is invulnerable. We are all at risk of becoming victims of fraud.” Arg!

This definitely reveals one thing for sure: As always, if you’re unsure about something, it’s better to be safe than sorry.

Desiree O
Desirée O is a ‘Professional Bohemian’ who loves anything and everything related to the arts, entertainment, and pop culture. She ADORES being a ‘Newsy’ for Brit + Co, covering all of the latest tidbits of awesomeness that you want to read about. When she’s not writing, she’s either making messy art, going on long adventurous walks with her camera, or poking around over at bohemianizm (http://www.bohemianizm.com/). You can find out about Desirée O and her work at http://DesireeO.com/ or follow her on Twitter @DesireeO.
Tech
More From Tech