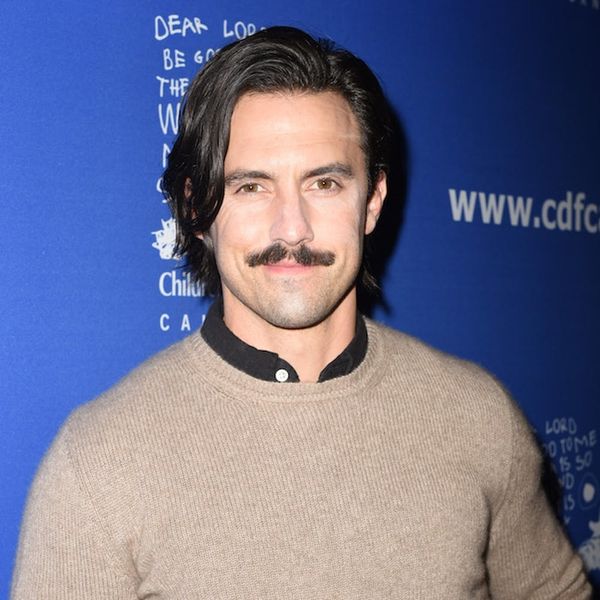 Milo Ventimiglia has proved that he’s REALLY good at tugging on the heartstrings when he’s playing Jack Pearson on This Is Us. It’s also been nice to see him exhibit some of that sensitivity IRL, whether it’s in how he handles being a sex symbol (using the status to represent what a good man looks like), or in admitting one major way he’s different than his character Jack (he wouldn’t have held his wife back from her dreams IRL).

At a recent Paleyfest panel, Ventimiglia broke down in tears as he revealed the biggest inspiration behind both his on- and off-screen self.

I can't handle @MiloVentimiglia in tears in real life (😭) but his parents are in the audience. He said his dad inspires how he plays Jack. pic.twitter.com/ZhOoszpMMG

“Here we go, you’re going to find me crying,” Ventimiglia said when a fan asked where the inspiration for playing his character comes from. “My father.”

He pointed to his parents, Peter and Carol, who happened to be in the crowd.

“There’s not a moment in my life where I don’t think about how he raised us, my sisters and I,” he said as the crowd — also weeping at this point — cheered and he got so choked up he could hardly keep going.

“[This Is Us writer] Dan Fogelman and all the producers and writers wrote this man who loves his wife and loves his kids, really as simple as that,” Ventimiglia explained. “And I saw that in my own father.”

Welp, it just wouldn’t be something to do with This Is Us if there wasn’t non-stop blubbering, would it?

Who is your inspiration in life? Let us know @BritandCo!