The $1.29 Million Diamond Miranda Kerr Received from an Ex Is Reportedly Under Investigation by the Feds 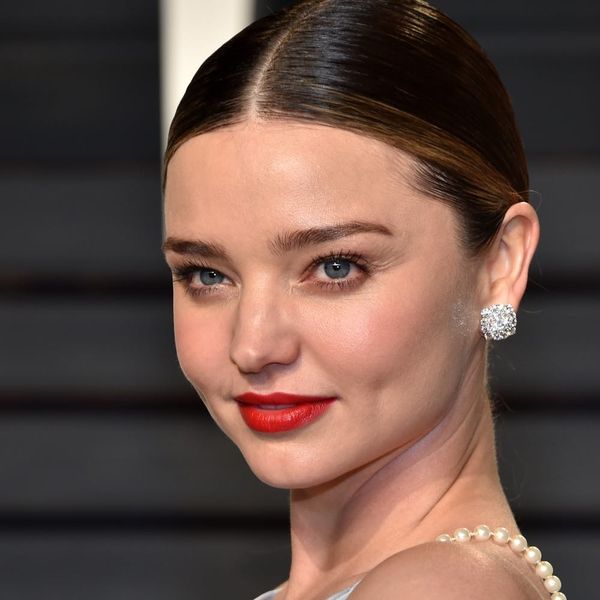 When it comes to celebrity jewels, it can seem that money is no object — Kim Kardashian famously received a 20-carat knockout Lorraine Schwartz ring from Kanye West valued around $4+ million shortly before her Paris robbery, while Mariah Carey received a jaw-dropping $10 million engagement ring from ex-fiancé James Packer.

One very expensive jewel in particular, however, is now being investigated by the US government amid claims of theft. The piece in question is a 11.72-carat Lorraine Schwartz heart-shaped diamond that was reportedly given to Miranda Kerr by ex-financier boyfriend, Jho Low. The gem, which reportedly cost Low a whopping $1.29 million, was potentially purchased with a portion of $4.5 billion in missing funds from a Malaysian development fund that Low, along with several others, has been accused of stealing.

The US Justice Department has yet to seize the property from Kerr. The jewels are part of the $1.6 billion in assets including property, jewels, art, and more that the government is now attempting to recover, some of which, along with Marlon Brando’s Oscar, was similarly gifted to Leonardo DiCaprio by Low and his associates.

A source for the outlet says that Kerr “has been cooperating fully with the investigation and still has the diamonds,” while another for Teen Vogue says that she is working with authorities to hand over any questionable assets.

Whether she parts ways with the jewelry or not, it certainly won’t dull her shine: The 34-year-old model has plenty of her own bling to speak of — like the shiny wedding ring set she debuted on the runway just last week (see above)!

What do you make of this crazy scandal? Let us know over @BritandCo.

Nicole Briese
Nicole is the weekend editor for Brit + Co who loves bringing you all the latest buzz. When she's not busy typing away into the wee hours, you can usually find her canoodling with her fur babies, rooting around in a bookstore, or rocking out at a concert of some sort (Guns N' Roses forever!). Check out all her latest musings and past work at nicolebjean.com.
Jewelry
Celebrity News
Jewelry rings
More From Celebrity News