This Ballerina Just Made History for a Major Reason 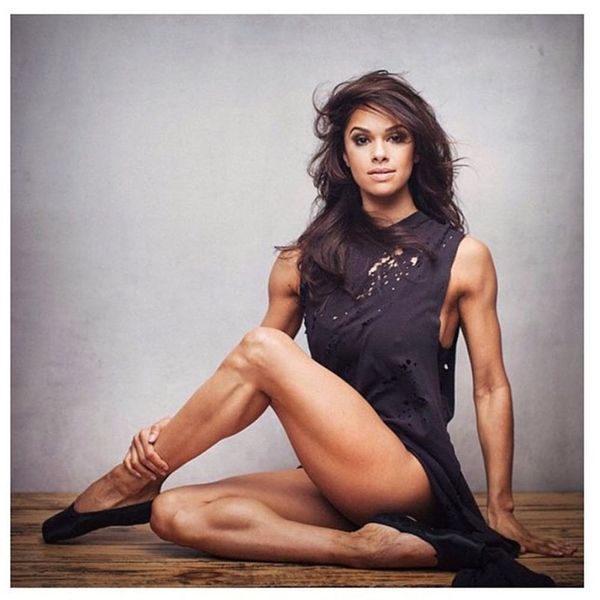 While it’s an occupation many of us dreamed about as toddlers, becoming a ballerina is no easy feat. The hours can be brutal, the fitness regime intense and the criticism harsh — or at least that’s what our countless viewings of Center Stage and Black Swan have taught us. But as intense as it can be, it’s still a job many would kill for.

Recorded right after the casual announcement by fellow ballerina Julie Kent, the short vid shows Copeland cracking a giant smile before she seemingly holds back tears. It definitely projects that feeling you get when you’ve finally been recognized for all the hard work you’ve done. Best promotion caught on tape ever?

One thing’s for sure: This girl deserves the title. While this is definitely a pivotal moment in Misty’s career, she has already made some major accomplishments prior to the promotion. She’s been featured on the cover of TIME magazine, profiled by 60 Minutes and was the star of a super powerful Under Armour online ad, which has been viewed over eight million times since it launched last year.

The NY Times reports that, while at a news conference on Tuesday, Misty told the audience, “I had moments of doubting myself, and wanting to quit, because I didn’t know that there would be a future for an African-American woman to make it to this level. At the same time, it made me so hungry to push through, to carry the next generation. So it’s not me up here — and I’m constantly saying that — it’s everyone that came before me that got me to this position.”

This promotion is a huge step forward for the ballet industry, but it should also be mentioned that Misty is creating a whole new set of ideals for ballerinas in her own right. In the past, ballerinas have had a reputation for being dangerously thin and waif-like — and often that’s what the industry has required. But contrary to that idea, Misty’s body is unapologetically strong. She embodies a super fit but still healthy-looking figure that doesn’t only look good on stage, but totally owns it.

What other female dancers + athletes do you look up to? Name drop your sporty role models in the comments below.