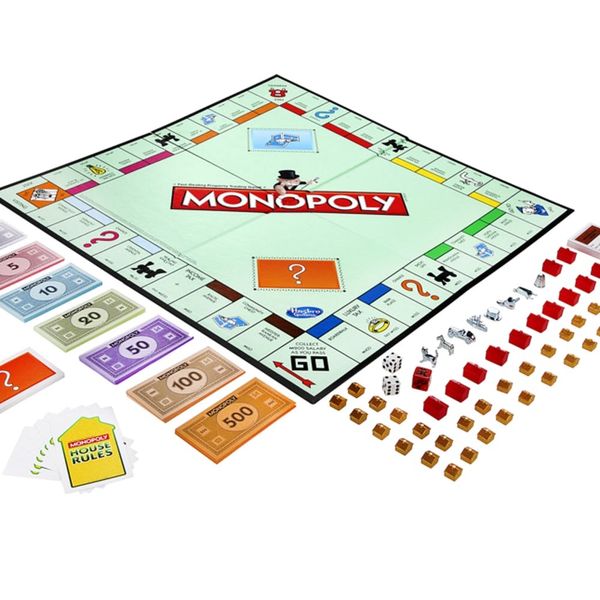 Everyone has super fond memories of playing board games as kids, right? While these days, it’s seemingly all about themed games for kids (like these adorable Halloween themed games) or digital learning (like these cool apps to help your littles learn their ABCs), many still rely on the classic board game of Monopoly for an evening of fun. Hasbro, the makers of Monopoly, often switch it up and create fun versions of the ubiquitous board game, and they decided it was time to make a major change to the game — but it’s one that’s left a lot of people unhappy.

Back in January, Hasbro asked fans of the game to vote on which playing piece they would retire. While the company has added to the pieces in the past, this is the first time they’ve asked the public to weigh in before making the decision. After nearly four million votes, the thimble playing piece has been chosen as the piece to go. People are not happy about it and took to (where else?!) the internet to voice their displeasure.

The vote was rigged. The crappy looking shoe is the one that should have gone. Monopoly

The thimble has been voted out of Monopoly. It's like election night all over again.

in other news I genuinely just got angry when I found out monopoly are discontinuing the thimble???!!?!?!? I need a life

Some, however, offered new pieces to replace the thimble:

If a rubber duck doesn't replace the thimble in #Monopoly then I officially give up on this country. Make it happen hasbro…

Your next monopoly game piece could be a hashtag https://t.co/anSm2N0t3c #money #business #startups #marketing

While there’s currently no word on if the thimble will be replaced or they’re just scaling production, we’ll just have to see how Monopoly responds to the outrage.

Kat Armstrong
Kat has been a writer, social media maven and mom for longer than she's willing to admit. She's also spent time in front of and behind the camera, interviewing celebs, politicians and acting as a producer for fashion and artistic photography shoots. When she isn't writing for various orgs and publications, she's hanging with her kids, husband and French Bulldog, Peter, in Toronto, Canada.
Games
Pop Culture
Games Halloween
More From Pop Culture