Morning Buzz! Blake Lively Just Outed Herself As a Bigger Harry Potter Nerd Than You + More 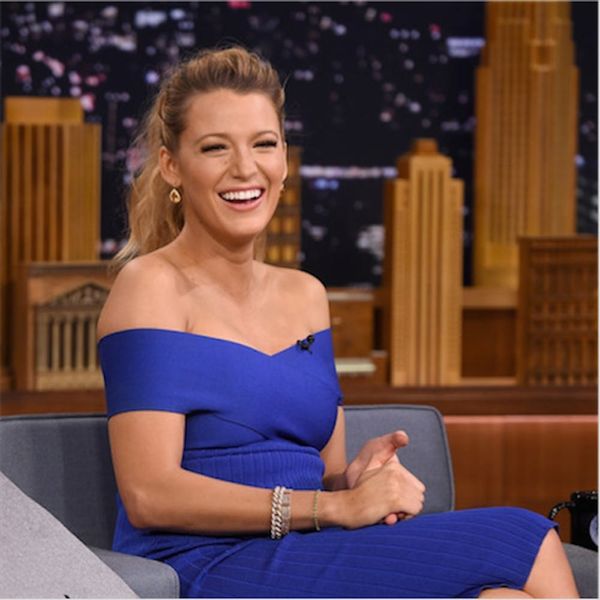 In today’s Buzz roundup, we’re even MORE charmed by Blake Lively (if that was possible) and relate a little too well to Kylie Jenner. Check out today’s news below!

1. As Blake Lively makes the media rounds to promote her new movie The Shallows, we’re learning more and more about her each day — in a good way! Yesterday, she told NBC’s TODAY about her and hubby Ryan Reynolds’ plans to have a bunch more kids. And last night, during an appearance on TheTonight Show, Blake told Jimmy Fallon that, with Ryan’s movie Deadpool currently on every airplane, “It’s kind of torture these days because I’m on a plane and every screen is my husband in a sex montage throughout the holidays with another woman, because everyone wants to watch Deadpool on the plane, everyone!” She then went on to challenge Jimmy in a Harry Potter-themed round of Know It All, and totally kicked his butt.

2. As if you even needed another reason to be dying to see Finding Dory, Disney has released a short clip introducing the world to BABY DORY, and it’s about the cutest animated thing we’ve ever seen. In the clip, baby Dory is playing hide and seek with her parents before she gets distracted and swims off to play with a school of bigger fish she sees. How can a cartoon be so cute?!

3. Kylie Jenner spent $1200 at Sephora because stars are just like us. Look, it’s impossible to go in there and spend less than like $200, so we can see how a cosmetics maven (who happens to be riiiiich) could go a little more overboard.

4. And speaking of being completely relatable (lol jk), Beyoncé just uploaded a whack of pics from her dreamy family vacation in Hawaii. Bey and Jay look happier than ever in the snaps, which also prominently feature Blue Ivy (she’s so big now!), and a lot of yellow and even straight-up lemonade patterned outfits. Hmm! Check them all out at Beyoncé.com.

5. Quote of the day: “I think this industry could use a little bit of female sexism.” Selena Gomez (half?) jokes with James Corden when he asks — and is turned down — to join Taylor Swift’s squad in the latest Carpool Karaoke.

Who would be in YOUR squad? Let us know over @BritandCo!