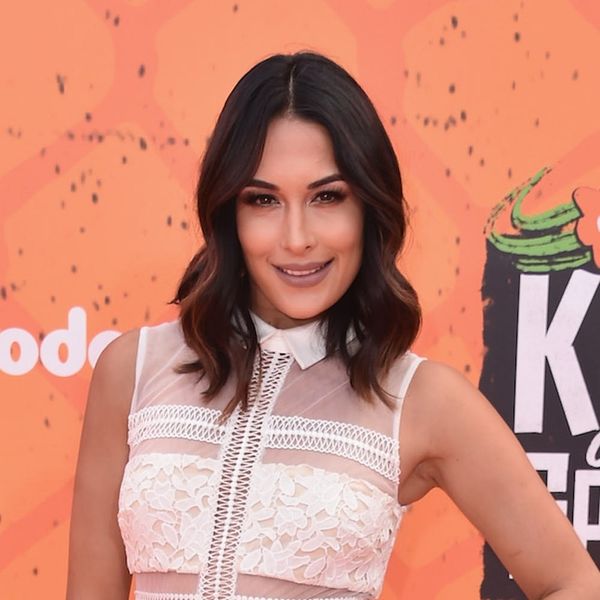 Baby Birdie’s arrival leads this morning’s top news stories. Check that and more out below in today’s Morning Buzz!

BREAKING NEWS: Birdie is here! Brie @BellaTwins and @WWEDanielBryan welcome their daughter to the world! https://t.co/ZCVIMiNCNe

1. Congratulations are in order for WWE superstars Brie Bella and Daniel Bryan, as they just welcomed their first child. Little Birdie Joe Danielson has one of the best baby girl names we’ve heard in a while, and in her first sweet pic, as seen on E!, we see Bella holding the baby in her arms as Bryan holds onto the teeny foot. So cute! Congrats to the growing family.

2. Here is former FBI Director James Comey’s response to getting fired by President Trump. Comey has yet to release a statement to the public on his firing earlier this week, but in his goodbye letter to his colleagues, it’s clear the move has rattled him. “I’m not going to spend time on the decision or the way it was executed,” he writes, urging them to stay the course. “My hope is that you will continue to live our values and the mission of protecting the American people and upholding the Constitution.” (h/t CNN, photo via Alex Wong)

3. NBC has announced their next live musical. After starting the live musical trend a few years ago with The Sound of Music Live!, then also bringing us Peter Pan Live!,The Wiz Live! and Hairspray Live!, NBC has announced its next adaptation will be the ’70s Broadway hit Jesus Christ Superstar. No casting announcements have been made yet, but the show’s creators Andrew Lloyd Webber and Tim Rice are on board to executive produce, and you can expect to see it on your TVs on Easter Sunday 2018. (h/t Deadline, Photo via Leonard Burt/Getty)

4. People are relating very hard to Anderson Cooper’s eye roll at Kellyanne Conway. No matter your politics, this is some glorious shade and we cannot stop watching.

5. If you think wine ice pops are the perfect summer treat, you might want to save room for some Tipsy Scoop. Yep, there’s now an IRL ice cream shop serving up margarita, sangria, and more of your favorite cocktail-inspired and booze-infused scoops. Before you book your trip to NYC, check this out: They do nationwide shipping. (h/t Forbes)

6. Quote of the day: “If people have something nasty to say, I think they should write a letter.” Martha Stewart dishes out some killer social media tips to Buzzfeed, including to NEVER read the comments.

Do you try to avoid negativity on the internet? Let us know @BritandCo!