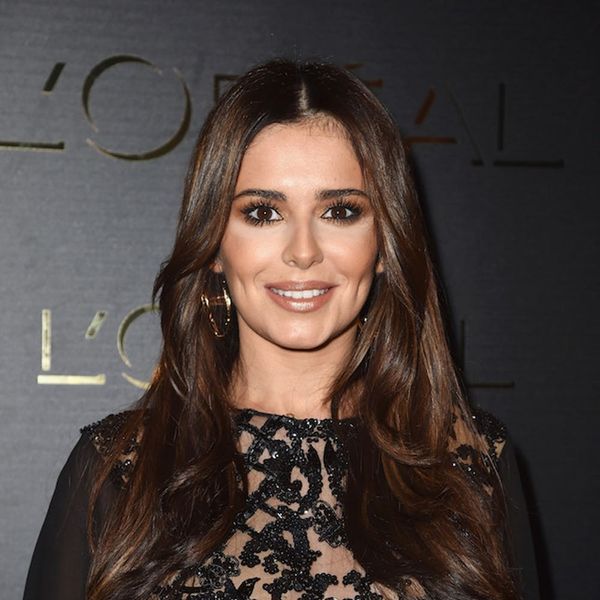 A baby for Cheryl and Liam and a new Left Shark come into our lives in this morning’s top news stories. Check those and more out below!

I am proud to announce that I am one of fifteen ambassadors working with @PrincesTrust & LOreal Paris UK to help thousands of young people turn self-doubt into self-worth. The "All Worth It" Confidence training program starts now! Link in my bio👆🏼 #ALLWORTHIT #PRINCESTRUSTLOREAL

1. Look, even if they weren’t talking about it, we all knew that X Factor UK judge Cheryl Cole and One Direction’s Liam Payne were expecting as far back as November, when a baby bump was getting too hard to hide. Cheryl was recently part of a photoshoot as an ambassador working with the Prince’s Trust & LOreal Paris UK, and she couldn’t help but hold her growing baby bump, showing sweetly through her curve-hugging, long-sleeve black dress. Assuming this photo shoot happened a while before publication, Cheryl’s gotta be getting close to having the baby. Oh, but they still haven’t officially said they’re expecting. Congrats to the parents to be!

2. President Trump’s decision to revoke protection rights for transgender students sparks backlash. On Wednesday, Trump’s administration rescinded one of President Obama’s landmark initiatives that let transgender public school students use the bathrooms of their choice. Ellen Degeneres was quick to point out that this wasn’t a political matter, but one of human rights. Brie Larson called it “disgusting.” Even the teenage singer who performed at Trump’s inauguration, Jackie Evancho, has said the move is disappointing, and has requested a meeting for herself and her older sister — who came out as transgender in 2015 — with the President. (Photo via Olivier Douliery-Pool/Getty)

3. Katy Perry’s Brit Awards backup dancer fell off the stage while dressed as a house and is now our new Left Shark. Katy’s Brits performance of her new single “Chained to the Rhythm” really served to underline the song’s political undertones, with the appearance of two skeleton figures that looked a lot like President Donald Trump and British Prime Minister Theresa May. It also featured a whack of back-up dancers dressed as cute little houses, one of whom got a little too close to the stage and dropped right off the edge, become the new version of Katy’s famous Super Bowl Left Shark backup dancer. Can’t. Stop. Watching.

This is not a bit. @daxshepard has sincerely suggested the new home for the lazy boy from his office be in the center of my living room. He made an adorable argument about how epic his TV viewing experience will be if I let him keep it there. The man has lost his mind. #chiphappens

4. Kristen Bell and Dax Shepard are literally every couple ever fighting over home decor. After Dax tried to move his trusty lazy boy into the living room, posting a pic of him lounging in it on Instagram, Kristen revealed the truth of the matter by showing that not only had he moved it into the living room — he plunked it right in the middle, in front of the existing couch. LOL. “This is not a bit,” Kristen wrote. “@daxshepard has sincerely suggested the new home for the lazy boy from his office be in the center of my living room. He made an adorable argument about how epic his TV viewing experience will be if I let him keep it there. The man has lost his mind.” Think we gotta go with Kristen on this one, Dax.

5. Instagram’s latest update will solve all your selfie-posting decision fatigue by letting you upload 10 pics at once. No one wants to be an Instaspammer, but if you often find yourself struggling to decide which pic to upload, you’ll like this new feature. Instagram announced a new feature, letting you upload 10 pics and videos into one post that you’ll be able to swipe through. In your feed, you’ll know there are more pics to the post by the blue dots at the bottom of these posts. Just what we needed — an excuse to spend more time on IG. (Image via Instagram)

6. Quote of the day: “It’s unexpected and it’s extremely heartbreaking and sad and deep and moving and, ugh, it’s painful. It’s painful. It’ll stay with you.” This Is Us‘ Justin Hartley tells us more than we’re ready to hear about how Jack Pearson dies on the show. Already sobbing.