Morning Buzz! Kate Middleton Might Not Be a Bridesmaid in Sister Pippa’s Wedding + More 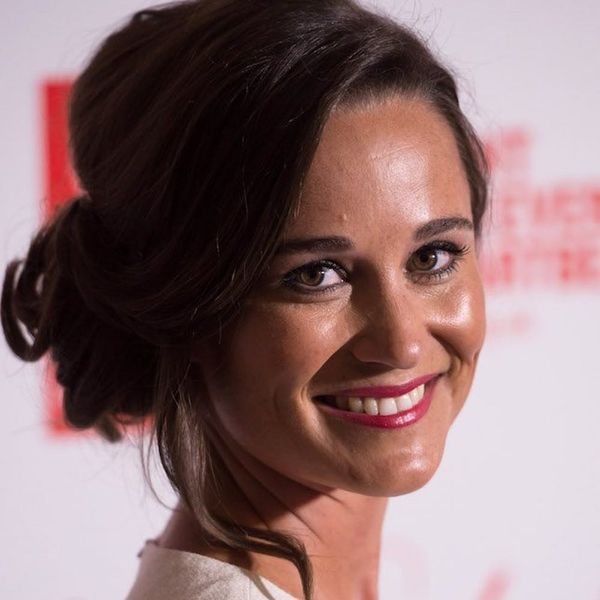 Happy Hump Day! Some sad but hopeful news from Lady Gaga’s love life and the hilarious side of a heatwave are two of today’s Buzziest news items. Check out the rest below.

1. Princess Kate might not actually be in sister Pippa’s wedding, causing us all to make the worried emoji face IRL. According to longtime Royals author Judy Wade, speaking to People, having Kate return the favor as maid of honor might steal the spotlight from the bride — something they do not want to do. “If your sister is a future Queen, she is going to upstage the bride and draw attention,” Judy says. “Kate would want to be in the background as much as possible.” It’s clear they have not even considered that they would be disappointing us greatly by making this decision. (Photo via Ian Gavan/Getty)

Taylor and I have always believed we are soulmates. Just like all couples we have ups and downs, and we have been taking a break. We are both ambitious artists, hoping to work through long-distance and complicated schedules to continue the simple love we have always shared. Please root us on. We're just like everybody else and we really love each other.

2. The rumors have been confirmed by Gaga herself — her engagement to her longtime bf Taylor Kinney is off. “Taylor and I have always believed we are soulmates,” she started the Instagram caption on the black-and-white photo of them walking with their arms around each other. “Just like all couples we have ups and downs, and we have been taking a break.” Taylor proposed to Gaga on Valentine’s Day 2015 after five years together, but they’ve been stalling on wedding plans as of late. But there is hope — it doesn’t sound like it’s an entirely done deal just yet. “We are both ambitious artists, hoping to work through long-distance and complicated schedules to continue the simple love we have always shared,” she writes. “Please root us on. We’re just like everybody else and we really love each other.” We’ll be rooting for you, Gaga!

Haha! Gotch ya! Back to a bronde for #modernfamily 😘 (the red hair was the process in to this and a happy surprise that I may want to go back to)

3. Sarah Hyland just got an amazing mid-summer hair makeover. The Modern Family star has slowly been transitioning back from her dark chocolate spring look back to a post-Dirty Dancingdeep red and back to a fresh bronde for Modern Family filming to resume. A few days ago she teased a bright red ‘do on Instagram, calling it “Ginger Spice,” but revealed in the latest snap that the fiery look was actually the in-between processing stage for the new blonde. YOU GOT US.

Now you can manually change the shape of your face on SNOW.Just watch the video.Download SNOW ▶ http://goo.gl/7geQZN

4. Snapchat filter addicts might want to try this app. The best part of Snapchat is the selfie filters, obvs, but if you find yourself trying them all out as fast as they’re updated, you might want to try Snow, a Korean copycat app with infinite more options (like manually changing the shape of your face, as seen above). The Verge points out that Snows stories also last for 72 hours (as opposed to Snapchat’s 24), which may be a plus or a minus, depending on whether you’re trying to break the Internet or not.

Here's a nice picture of me in bed last night #toohottosleep pic.twitter.com/TnPb409ZMP

5. Britain’s heatwave brought everyone together on the #toohottosleep hashtag, and it was amazing. On the hottest day of the year in a place not used to needing air conditioning, people took to Twitter to share their misery while trying to sleep comfortably, and all we can think reading the hashtag results is: SAME. Honestly, just take a look, and try not to LOL at your desk.

6. Quote of the day: “I dunno I’m drunk.” Just one of many TOO REAL moments on Chrissy Teigen’s timeline over the past two days as she answers fans’ questions about Hollywood, marriage, motherhood and more. This question was “How tense does it get at award shows when the host makes an ill-conceived joke about a celeb who’s in the audience?” NEVER CHANGE, CHRISSY.

What one question would you ask a celebrity about the real deal with Hollywood? Let us know over @BritandCo!