Morning Buzz! Katy Perry Is Getting Major Backlash for This Joke About Barack Obama + More 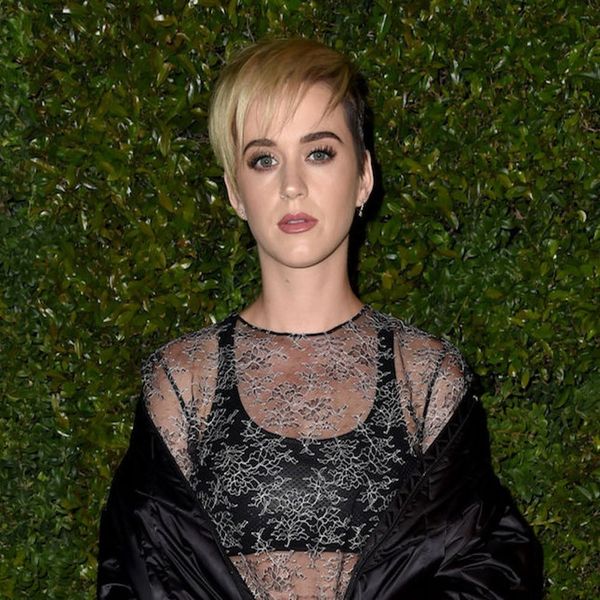 Katy’s in hot water and Princess Charlotte turns two! Check out those and more of this morning’s top news stories below in the Morning Buzz.

I'm sure we can all do without @katyperry right ??? #Loser pic.twitter.com/r9bQcuaCBi

1. Katy Perry compared her hair to Barack Obama in an Instagram video and people are flipping out. In the video, Perry was answering fan questions, and one of them said, “I miss your old black hair,” referring to her buzzed and bleached new look. Her answer? “Oh, really? Do you miss Barack Obama as well? Oh, okay. Times change. Bye! See you guys later,” Perry’s response was a little confusing, and some are even claiming it was racially insensitive, while others claim she simply meant that she wants Obama back as president but obviously can’t have that. Hrm.

The Duke and Duchess are delighted to share a new photograph of Princess Charlotte to mark her second birthday tomorrow 🎈 pic.twitter.com/0Xftc3EFPz

2.Today is Princess Charlotte’s second birthday, and we get an *ADORBS* new pic of her — taken by mom! THAT FACE. The new photo was taken by Charlotte’s mom, Kate Middleton, at their Norfolk home, and shows Charlotte with a perfectly spring yellow cardigan and adorable blue bow in her hair. In a statement, Kate and Prince William thanked “everyone for all of the lovely messages they have received, and hope that everyone enjoys this photograph of Princess Charlotte as much as they do.” Not a prob, y’all.

3. Kanye West will not be attending the Met Gala with Kim Kardashian. After a grueling 2016 that left Kanye hospitalized for mental health treatment, the rapper will continue his break from major public appearances and stay home in LA with the kids while Kardashian attends solo (or rather, with Kendall and Kylie). “Everything is great with him and Kim and he’s supportive of her going solo,” a source tells People. We’re glad he’s still taking the time he needs to be healthy. (Photo via Mike Coppola/Getty)

4. Christina and Tarek El Moussa reunited and were all smiles on the Daytime Emmys red carpet. Almost a year after a big blowout led to their split, Flip or Flop‘s Tarek and Christina continue to forge ahead amicably, posing for the cameras in their matching outfits on the Daytime Emmys red carpet last night. While presenting the Outstanding Entertainment News Program award, the exes even joked about their breakup. “It is kind of fitting because I think we’ve been on each and every one about 100 times per month, so they know us pretty well,” Tarek later told Extra, with Christina adding, “Only for the past few months.” (h/t Extra)

5. Filming of The Last Ship is on hold, as star Eric Dane reveals he’s battling depression. Variety is reporting that the TNT show, which is set to premiere its fourth season, will halt production until Memorial Day at Dane’s request. “Eric asked for a break to deal with personal issues,” a rep said. “He suffers from depression and has asked for a few weeks of downtime and the producers kindly granted that request. He looks forward to returning.” We wish him all the best. (Photo via Joe Scarnici/Getty)

6. Quote of the day: “On my own I will just create, and if it works, it works, and if it doesn’t, I’ll create something else. I don’t have any limitations on what I think I could do or be.” Oprah Winfrey’s got you covered for some #MondayMotivation this week — and always!

What’s your #MondayMotivation today? Let us know over @BritandCo!