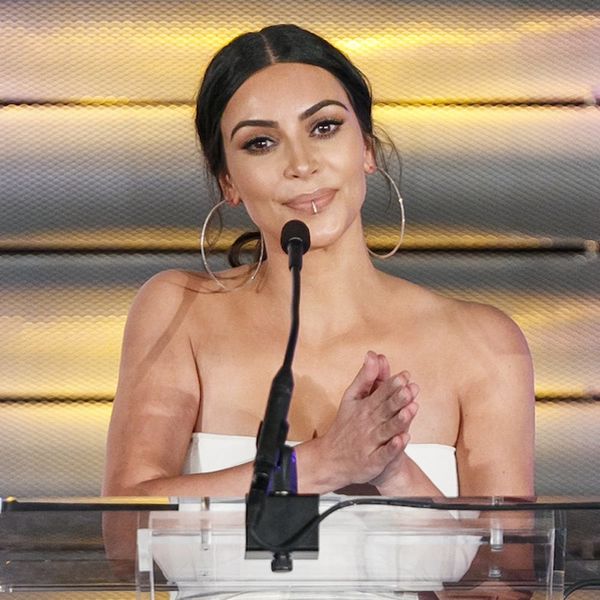 Happy first day of spring! While you daydream about warmer weather, catch up on Kim Kardashian’s moving messages about her Paris robbery, a meme that took over the internet this weekend, and more of the news you might’ve missed in the Morning Buzz.

1. We knew last night’s episode of KUWTK — the one in which Kim Kardashian finally told the story of her traumatizing robbery and assault — would be an emotional one, but it was even more powerful than we anticipated. Not only did we see Kim in tears as she detailed the night — that she thought she was going to be raped and probably be killed — but we also see Kanye’s reaction (“If anything would’ve happened to you I wouldn’t have stopped until they were dead”). Kim shared personal messages before and after the episode aired, admitting it was going to be difficult to watch, and then afterward, explaining to fans why this is the first time they’ve heard her speak about it. “I thought it was important to share this story through my eyes & not in an interview where my own words could be twisted. I have always shared so much and I’m not going to hold back when this was probably one of the most life changing experiences for me,” she wrote. “I took a tragic horrific experience and did not let it diminish me, rather grew and evolved and allowed the experience to teach me. I can say I’ve become so much better because of it….thank you for allowing me to share my story tonight.” Kim, you don’t owe us anything, but thanks from us for sharing.

Love these sweethearts who inspire me with all of their accomplishments and beautiful hearts and for bringing so much light to all of our lives! 💕🎀💕 #lalaland #losangeles #family #love #ontopoftheworld #followyourdreams

2. Suri Cruise is a total Katie Holmes twin in this new pic. Excuse us, but when did Suri Cruise turn into an adult?! In a new pic shared by Katie, her 10-year-old daughter is posing against the LA skyline with some other family members and looks EXACTLY like her mom. Cray.

3.Beyonce has shared even more videos from her private Snapchat account and we can’t even. In a few new vids posted to Instagram, Bey continues to dangle the evidence of a Snapchat account right under our noses, posing with adorable Blue Ivy in various animal-face filters and even selfie-ing with her own baby bump. If we actually DID have Bey on Snapchat we’d probably end up tapping through her endless filter-selfie stories like with most other celebs, but you know what they say — you want what you can’t have.

Why does this baby look more like Ed Sheeran than Ed Sheeran does? pic.twitter.com/rtVW0i4zht

4. This two-year-old girl looks SO MUCH like Ed Sheeran and the internet is flipping out. According to the little girl’s mother in an interview with Devon Live, people have been saying her daughter looks like Sheeran for a while, but she didn’t think much of it until her sister put a pic online and it went viral. Never change, internet!

If you put @YouTube on restricted mode a bunch of our music videos disappear. I checked myself. LGBTQ people shouldn't be restricted. SAD!

5. Youtube has apologized for filtering LGBTQ+ users’ videos. Over the weekend, LGBTQ+ content creators noticed that their videos had been hidden when Youtube was in Restriction Mode. A #YouTubeIsOverParty hashtag took off, and now Youtube has issued a statement saying they are proud to represent LGBTQ+ voices and that they’re a key part of what Youtube is about. “LGBTQ+ videos are available in Restricted Mode, but videos that discuss more sensitive issues may not be,” the statement said, and a Youtube rep clarified to The Guardian that those “sensitive” issues may include “health, politics and sexuality.” Popular vloggers like Tyler Oakley, though, noted that videos of his and others in the community that contained no sensitive content were also removed.

6.Quote of the day: “Truth be told, I did more than that! But how was I going to reconcile that with the gospel-singing girl raised in youth groups that were pro-conversion camps? What I did know was that I was curious, and even then I knew that sexuality was not as black and white as this dress.” Katy Perry uses her “I Kissed a Girl” hit to talk about the importance of acceptance at the Human Rights Commission Los Angeles Gala.