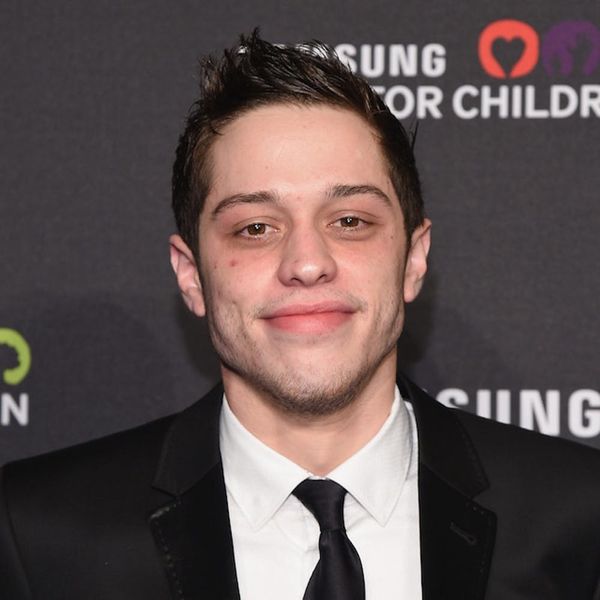 Pete Davidson opens up about his sobriety and Emma Watson dishes on her beauty routine quirks in this morning’s top news. Check those and more stories out below.

1. Fan-favorite SNL cast member Pete Davidson posted an emotional update on his health. If you’ve been noticing less of Davidson on your social media feeds and on SNL lately, you noticed right, and the young comedian took to Instagram to explain his absence, saying he has gotten himself to a sober and happy place. “Just wanted to let you guys know I’m okay. I know I’ve kinda been missing, on social media and on the show,” he started the emotional post. “I quit drugs and am happy and sober for the first time in 8 years. It wasn’t easy, but I got a great girl, great friends and I consider myself a lucky man. I’ll always be here for you guys, I promise. Remember to never give up hope because sometimes that’s all we got. We are a family and I appreciate all your love and support. It’s nice to be back in action.” We agree! Davidson has spoken in the past about using medical marijuana to help treat his Crohn’s disease. He also posted loving photos of his girlfriend, Cazzie David, and his fellow SNL cast members.

2. Emma Watson reveals all the weird little details from her beauty routine. The Beauty and the Beast star opened up to Into the Gloss about her favorite lip colors and concealers, and also revealed that she conditions her pubic hair with grooming oil and that she takes a bath at least every day. Read all of her secrets here. (Photo via Frazer Harrison/Getty)

3.Oh no: Milo Ventimiglia isn’t so sure there needs to be more Gilmore Girls episodes. So does that mean if there ARE new episodes, which talks are underway on, he won’t be in them?! In an interview with AOL’s Build Series, Ventimiglia — AKA Jess Mariano on GG — said that maybe it’s best if everyone moves on from the show. “I’m constantly trying to evolve and grow and I think when you have a show that is so far in the past, like over a decade in the past, to visit it once, hey, it’s a blast ― you see some old friends, jump into the shoes and the leather jacket of an old character,” he said. “But then, you’re like, ‘OK, cool. We gave you that last slice of pie. I’m going to go back to this other show I have called “This Is Us” and the other gigs that I’m working on.’ So, as much as I would love for audiences to have more, it’s also like, guys, just accept what you got and that you got a little bit more, which is awesome. Not everybody gets that.” But… I… we… NO. (h/t Huffington Post, photo via Jamie McCarthy/Getty)

4. The National Park Service has released a whack of telling new photos from President Trump’s inauguration. After Trump’s inauguration back in January, the President and his administration claimed the media were using doctored images from bad angles to show sparser crowds than Obama’s inauguration, and Sean Spicer claimed that it had the “largest audience to ever witness an inauguration.” Now, due to a Freedom of Information Act request by The Washington Post and others, the National Park Service has released many official photos that “contradict Trump’s claim that more than 1.5 million supporters crowded onto the National Mall,” according to the Washington Post. You can check out the photos on the National Park site to see for yourself. (Photo via Lucas Jackson – Pool/Getty)

5.Housing and Urban Development Secretary Ben Carson is being slammed for comments about slaves being immigrants. While addressing HUD employees in Washington, DC, Carson spoke of America being a land of dreams and opportunity, saying, “There were other immigrants who came here in the bottom of slave ships, worked even longer, even harder for less. But they too had a dream that one day their sons, daughters, grandsons, granddaughters, great-grandsons, great-granddaughters, might pursue prosperity and happiness in this land.” Many celebrities spoke out against Carson’s statement; Chelsea Clinton tweeted in disbelief, while Whoopi Goldberg clarified that while many immigrants come voluntarily, that was not the case in slavery.

6. Quote of the day: “This check is a call to action… our kids should not be held hostage because of political positions.” Chance the Rapper donated $1 Million in his tour ticket sales to Chicago Public Schools — the school system he grew up in.

Would you be more likely to go see an artist if they were donating ticket sales to a good cause? Let us know @BritandCo.