Head to Detention With This Breakfast Club Group Costume 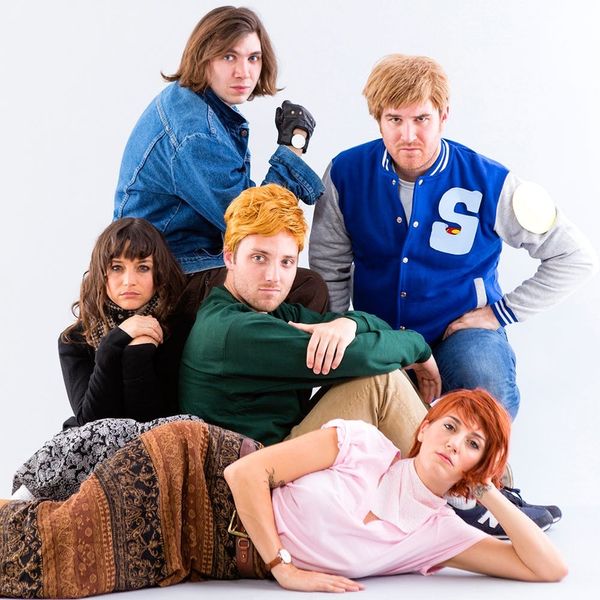 Halloween group costumes present an opportunity for us to selfishly indulge in recreating the most iconic looks from the past like Saved By the Bell – quite possibly one of my personal all-time favorites… until now that is. Moving up quickly in rank as one of the Most. Fun. Group. Costumes. Ever is The Breakfast Club. Featuring the most dysfunctional, witty, authentic, heartfelt group of stereotypical personas, these guys challenge your perspective by exposing their deepest secrets while unexpected relationships and friendships form over the duration of an eight-hour eventful detention period. Whether you’re a product of the ’80s or not, this film is a must-watch classic that brings on all the feels!

“So I guess we are who we are for a lot of reasons. And maybe we’ll never know most of them”

I sourced John’s entire look at a thrift store and in Zane’s personal wardrobe. Pretty much the same staple pieces of a male wardrobe, paired together with that massive ’80s babe vibe. It totally helps that Zane’s hair is already the exact replica of John’s, but otherwise just pick up a wig from your local costume shop! I did snag the gloves from Amazon. A little extra hack is to cut off the sleeves of the flannel and use the arm as the bandana around his right ankle so you don’t have to purchase one.

Pro tip: Buy it a couple sizes larger than you would wear. The wrap skirt was a blessing because I found it at the Goodwill. Even though the pattern isn’t the same, it has the same color zone and silhouette. I had the boots and belt in my wardrobe. Her brown leather watch I borrowed from a co-worker, but maybe you have one to throw in the mix! Her hair was the more challenging find, but I ended up grabbing this wig and gave it a trim while it was on.

“I could disappear forever and it wouldn’t make any difference.”

could get an actual patch if you want to take it to the next level. The wig was from a costume I had done last year — the trick is to take a razor to it to get that choppy silhouette of John’s preppy boy haircut. As for the jeans, hoody and shoes, we went with what Kurt had so we could save a little. Again, take it to the next level with all white shoes.

“We’re all pretty bizarre. Some of us are just better at hiding it, that’s all.”

Grab a pair of grey leggings (these are from Walgreens), some white socks, a pair of chucks with black laces, a mid-length skirt (with a similar color scheme) and the most important piece — the over-sized black sweater and a scarf. Most of this was found at the Goodwill and the rest was in my closet! Roxy’s hair is similar to Allison’s so I just curled it all forward and pinned it in a way to really frame her face.

“I’ll do anything, I don’t need a million dollars to do it either.”

knock-off ray-bans to take it to the next level. The wig is only necessary if your hair isn’t similar – but this little gem of a wig is perfect with a trim!

“Well everyone’s home life is unsatisfying. If it wasn’t, people would live with their parents forever.”

Cue Karla DeVito’s “We Are Not Alone.”

Get your dance on!