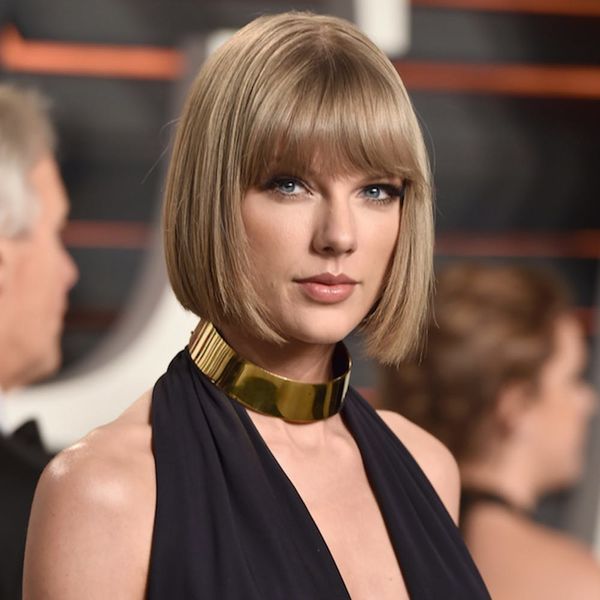 1. Oh Olivia Benson, we’ve missed you. Taylor Swift has been on relative radio silence since Kim Kardashian Snapchatted those now (ahem) “Famous” videos of Taylor and Kanye’s phone conversation, but last night she couldn’t resist testing out Instagram’s new Snapchat-copping Stories feature, posting a short video of her cat Olivia Benson standing on Taylor’s bed on her hind legs. OF COURSE. “What’s going on?” Taylor can be heard asking. “You feeling less like a cat and more like a squirrel today? Yep.” Yeah, we’ll take more of this please.

2. Heidi Pratt liveblogged The Hills anniversary special, and she had some FEELINGS. During last night’s 10-year anniversary special, the show’s star Lauren Conrad spilled all, including how hard her breakup with Jason was and that there was actually no chemistry with Brody Jenner during their “showmance.” She also revealed how difficult it can be to re-watch emotional moments from your past, something we’ve heard from the cast time and again, proving that although the “reality” series was heavily produced and scripted, it also featured real people going through real growth in their lives.

Heidi Pratt (formerly Montag) is no exception. In a liveblog for Broadly she was super candid with her feelings (“Lauren is narrating all our lives again. Surprise! It’s all about Lauren.”), sharing honest feels about how much the end of her friendship with LC still hurts and how proud she is of Lauren’s successes. Aw. (h/t Broadly)

3. Patton Oswalt penned a Facebook post about grief after losing his wife, and it’s the realest thing you’ll read today. Back in April, comedian Patton Oswalt’s wife, Michelle McNamara, died unexpectedly in her sleep at only 46 years old, leaving Patton and their seven-year-old daughter Alice behind.

It’s been, as he puts it, 102 days since her death, and in his Facebook post which starts “Thanks, grief,” he details both the horror and the beauty of the grieving process in that time. “If you spend 102 days completely focused on ONE thing you can achieve miracles… But 102 days at the mercy of grief and loss feels like 102 years and you have sh*t to show for it,” he says, before going on to thank his family and friends for helping him through.

“You will have been shown new levels of humanity and grace and intelligence by your family and friends. They will show up for you, physically and emotionally, in ways which make you take careful note, and say to yourself, “Make sure to try to do that for someone else someday.”

4. Shannen Doherty says her dog suspected her cancer before she was diagnosed. Pets are literal miracles in so many ways. Shannen is currently undergoing her third of eight rounds of chemotherapy for breast cancer, which she says her beloved dog Bowie sensed before even the doctors. “She would obsessively sniff right here on my right side for a long time before,” she tells ET. “When I got back from surgery, [Bowie] again was kind of right in this area,” she says, pointing toward her right side. “Then when I had my first chemo, she would sniff my entire body up and down. And she was always protective before, but she has become this crazy, protective dog. It’s hard to get close to me when she’s around.” Shannen was diagnosed in February of 2015, and now she says the disease has spread to her lymph nodes. We wish her all the best.

5. It turns out that flossing might actually be a lie; what even is life. Hands up if you’d like the time you’ve spent shamefully flossing (like once a year, before your dentist appointment) back after reading this: The Associated Press conducted a study, and it turns out that the medical benefit of flossing is largely unproven. “The majority of available studies fail to demonstrate that flossing is generally effective in plaque removal.” Another 2015 study says there is “inconsistent/weak evidence” for flossing and a “lack of efficacy.” Needless to say, the Internet is freaking out.

Before you toss out all your floss, keep in mind that flossing is still recommended as a way of preventing gum disease — so don’t write it off completely. As one dentist puts it in the AP’s report, not flossing is “like building a house and not painting two sides of it. Ultimately those two sides are going to rot away quicker.” Look, even if all this stuff is doing is getting all of the sweet summer corn we’re eating out of our teeth, it will have been worth it. (Photo via Fox Photos/Getty)

6. Quote of the day: “It wasn’t like the crime of the century.” Stranger Things star Winona Ryder talks her 2001 arrest for shoplifting in Porter magazine.

Are you going to stop flossing your teeth in light of the news? Let us know over @BritandCo!

Need a creativity spark? Take one of our FREE online classes today!