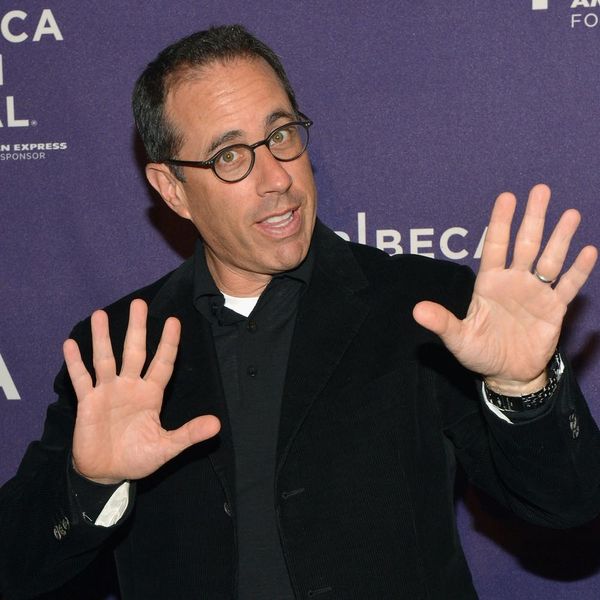 After nine seasons as the titular character on the classic comedy Seinfeld, Jerry Seinfeld has fans pretty much wherever he goes. On the red carpet last night, Seinfeld was being interviewed by Tommy McFly for The Tommy Show, his radio show on 94.7 Fresh FM. Everything was going swimmingly…. until “Tik Tok” songstress Kesha walked in, that is.

Both stars were attending The David Lynch Foundation’s National Night of Laughter and Song. When their paths crossed on the red carpet, Kesha immediately approached the comedian. “I’m Kesha! I love you so much.” she declared. “Can I give you a hug?”

Seinfeld looked pretty uncomfortable with the question, and said, “No, thank you.” But Kesha wasn’t ready to give up. She asked twice more, but he turned her down both times. After it all took place, Seinfeld turned to McFly to say, “I don’t know who that was.” When McFly explained, Seinfeld said that he wished her the best.

It’s understandable that Seinfeld wouldn’t want to hug — they are perfect strangers, after all — but it’s hard not to feel bad for Kesha after watching the cringeworthy clip. We all dream about meeting our idols, but we never really imagine it turning out so awkwardly. Or recorded for all the world to see.

What do you think of Seinfeld’s reaction to Kesha? Let us know @BritandCo!