Morning Buzz! Taylor Swift Surprising a World War II Veteran with a Concert at His House Will Give You Hope for the World + More 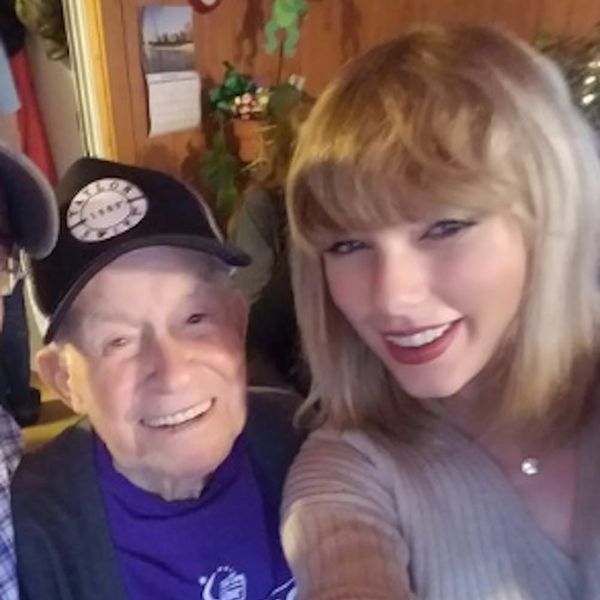 From a Taylor Swift surprise to a terrifying Britney Spears hoax, check out six of today’s top news items below.

1. Okay, this is ADORABLE. 96-year-old WWII vet Cyrus Porter is known for being a Swiftie, having attended Taylor Swift’s concerts and saying that his fandom is something he shares with and brings him closer to his grandchildren. Cyrus’s grandchildren shared photos and videos of Tay popping by his Missouri home to visit and put on a little show for him and all his family, and no, we’re not crying; you’re crying! A sweet Christmas move from Tay.

Someone has hacked one of Sony Music's Twitter accounts, it seems.

Keeping up the tradition of great internet security, Sony. pic.twitter.com/aQc5Ho1Wsg

2. Good news! Britney Spears is NOT dead. Yesterday, a (very obvious) hack to Sony Music’s Twitter account was declaring Britney Spears dead “by accident,” causing people to freak out over what seemed for a second like it might be another devastating celebrity loss among many in 2016. The tweets were eventually removed, however, and Brit’s manager told CNN that “Britney is fine and well.” PHEW.

3. Katy Perry and Orlando Bloom celebrated Christmas much like your little siblings this year — playing the pie face game. GOALS.

#KanyeWest added a dash of pink to his blonde hair! 👀💁🏽 📷|: SplashNews

4. The Kayne sightings continue, and so does his evolving hair color. Ye was spotted at a movie Monday with a new dash of pink in his recently blonde hair, and may we say, it’s looking very ’90s mall punk (which means, yes, we love it).

so my grandpa passed away tragically about a year ago and my aunt got my sisters a teddy bear that has a recording of my grandpas voice😢❤️ pic.twitter.com/zdjUaghISr

5. These two little girls got an emotional AF Christmas gift and it’s just what you need for a good cry today. Sisters Mariana and Sarahy were missing their grandfather, who died tragically of a stroke during a robbery at a car wash last year, this Christmas. So their aunt gifted them teddy bears that she had specially made with audio players that had recordings of their grandfather’s voice, complete with cute inside jokes they shared with him. The girls broke down, and so did we. What an amazing gift. (h/t Buzzfeed)

6. Quote of the day: “A woman on Deal or No Deal told us she needed £15k for IVF treatment. George Michael secretly phoned the next day and gave her the £15k.” TV host Richard Osman shares an amazing memory of the late pop singer.