These Are the Best Morning Show Halloween Costumes of 2017 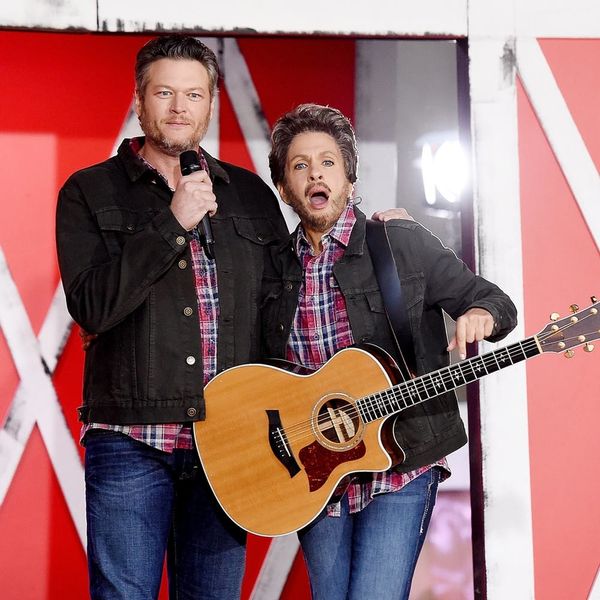 There’s nothing we love more than seeing what our favorite morning show hosts will conjure up for their themed Halloween costumes, and 2017 definitely didn’t disappoint. This year, it seems there were enough super powers to go around, because we’ve got Guardians and Wonder Women galore.

The crew over at Good Morning America had a superpowered Halloween, with Robin Roberts slaying as Ms. Diana Prince herself.

But even Wonder Woman needs a bit of backup, so she called in Spider-Man, AKA Amy Robach, for reinforcements.

And for even more girl power, Lara Spencer rode into Times Square on a motorcycle to help Wonder Woman and Spider-Man, showing off her Black Widow look.

Ginger Zee looked adorable as ever as Guardians of the Galaxy Vol. 2 star baby Groot.

And is that Clark Kent we spy? It’s actually just George Stephanopolous, with his signature Kent glasses in tow.

Then, Michael Strahan walked in, dressed in possibly the best Thor costume we’ve ever seen (no offense, Chris Hemsworth!).

"If Marvel and DC can get together, we can solve all of the problems in the world!" – @MarkRuffalo 😂#HalloweenOnGMA pic.twitter.com/BZPUIuSbEJ

The superhero gang were joined in studio by Lego Batman Will Arnett and The Hulk himself… Mark Ruffalo.

Live With Kelly and Ryan

Not to be outdone, Kelly Ripa and Ryan Seacrest debuted their “Best Halloween Show Ever,” donning more than 70 costumes (!!), and we’re practically dizzy by the amount of time they must have spent getting in and out of costume.

The duo started out by dressing as… each other! Seacrest put on a blonde wig and a red dress, discussing how he went to SoulCycle before doing school drop-off. Ripa rocked side burns and a dapper suit to play her cohost, and we are laughing hysterically.

They then rocked a slew of pop culture-inspired costumes, spoofing everything from Game of Thrones to The Handmaid’s Tale and, yes, even Taylor Swift.

And since it’s not Halloween without a few famous guests dropping by for the party, Ripa and Seacrest were joined by Andy Cohen, the Property Brothers themselves Drew and Jonathan Scott, and Chris Harrison. The Scott brothers both dressed up as Wonder Woman, with Ripa and Seacrest showing off their version of Guardians of the Galaxy.

And over on NBC, TODAY celebrated a country Halloween, y’all. Al Roker did his best Willie Nelson while Carson Daly did his take on Achy Breaky Heart singer Billy Ray Cyrus (yep, there’s a mullet involved!).

Kathie Lee Gifford dressed up as Miley Cyrus on The Voice, complete with a judge’s chair.

Savannah Guthrie dressed as a beaded and bedazzled Kenny Rogers, but our personal favorite was Matt Lauer as Dolly Parton resplendent with sequins, sparkles, and a blonde wig to boot!

Which look was your favorite? Hit us up @BritandCo!