These Are the Most Beloved Christmas Movies, According to a New Poll 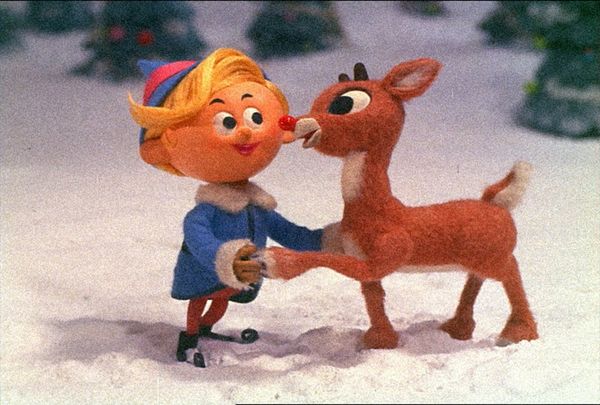 Along with dozens of new original Christmas movies from Hallmark and Netflix, the holidays are the perfect time to rewatch your favorite classics too. According to a new poll by The Hollywood Reporter, there’s one movie in particular that most of us are sure to be watching, as they’ve determined the most beloved Christmas movie of poll participants.

The animated Rudolph the Red-Nosed Reindeer, released in 1964, was voted the most popular, with 83 percent of participants voting it as their favorite seasonal title. Animated movies were the winners overall, with classics such as A Charlie Brown Christmas (81 percent), Frosty the Snowman (80 percent), and How the Grinch Stole Christmas! (80 percent) claiming the runners-up spots with the most votes. The Tom Hanks-starring Polar Express cracked the top 10 as well but came in eighth place with 70 percent of the votes.

Of course, there are more than just cartoons on the list — Home Alone came in as the highest-ranking live-action Christmas flick with 78 percent of the votes, followed by A Christmas Story, A Christmas Carol, It’s a Wonderful Life, and Miracle on 34th Street rounding out the top 10.

Home Alone is such an enduring classic that even star Macaulay Culkin recently admitted to humoring new girlfriends by watching it with them on TV when it makes its way to air every Christmas. “You get, like, a new girlfriend, and she’s flipping through the channels and she’s like, ‘Ehh, you wanna watch it?'” Culkin, who played Kevin McAllister in the film as a child, told Jimmy Fallon. “I’m like, ‘You wanna watch Home Alone with Macaulay Culkin, don’t you?’ And she’s like, ‘Yes!'” Honestly, we totally would too.

Do you agree with the most beloved Christmas movie pick? What’s yours? Let us know @BritandCo!