The Most Regretted Holiday Purchases, According to a New Survey 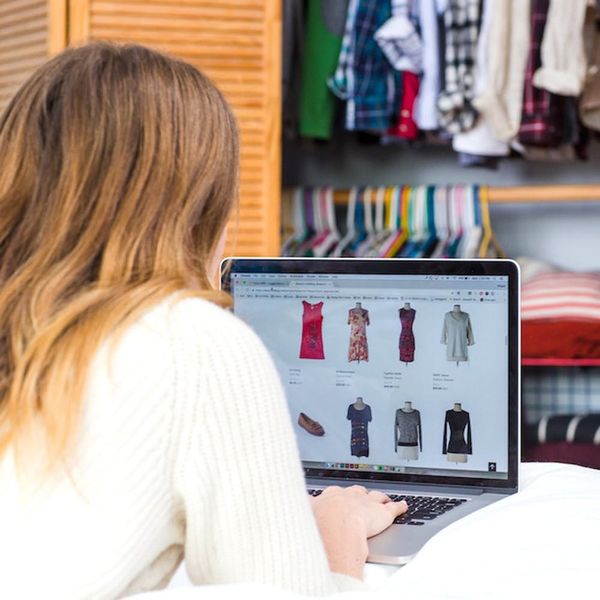 Whether you’ve overspent on Black Friday or been on the receiving end of one too many bad sweaters from your auntie, you’re probably more likely to sell rather than return your unwanted items this year. (Who wouldn’t rather have the cash and avoid annoying lines?) According to the holiday shopping Purge Surge report from secondhand clothes-selling giant thredUP, thrifting is the new re-gifting. We got the inside scoop on the most remorse-inducing holiday purchases — so you’ll know what to avoid when you do your gift shopping this season.

It’s no surprise that thrift stores make a killing during the holiday season. ThredUP reports they receive 200,000 brand-new items with tags still attached this time of year. And after the holidays in January? That number climbs 34 percent higher. Thirty-eight percent of people surveyed say they sent unwanted gifts to thrift stores because it’s easier than returning. No arguments here.

So what are the most unwanted items of the season? Jeans, for one. Express, True Religion, and J.Crew count among the most “regretted” brands purchased during Black Friday, with up to 2.5x more sent to thredUP in December. Ouch. Also on the remorse list: Kardashian Kollection clothing, which makes its way to the resale site unworn 26 percent of the time. Kate Hudson’s Fabletics and Eva Mendes’ NY&Co line aren’t far behind. Celebrities as designers? Survey says: not so much.

You may also want to steer clear of North Face fleeces while plowing through your shopping list this season. According to the data, the iconic item is actually the number one most purged holiday gift, with thredUP receiving 80 percent more new-with-tags fleeces in January. Maybe just go with a nice candle instead.

Right about now you might be wondering,”So what gifts don’t end up in the reject pile?” If the numbers are any indication, classics might be your best bet. Trendy styles like cold-shoulder pieces and metallics are most likely to be resold unworn, whereas traditional styles get more wear. And you may want to check out Everlane for some of those great staples, as the “radically transparent” brand holds the title of least regretted purchase on thredUP, with less than one percent coming in with tags attached. A high honor, indeed.