These Are the 10 Most Walkable International Cities 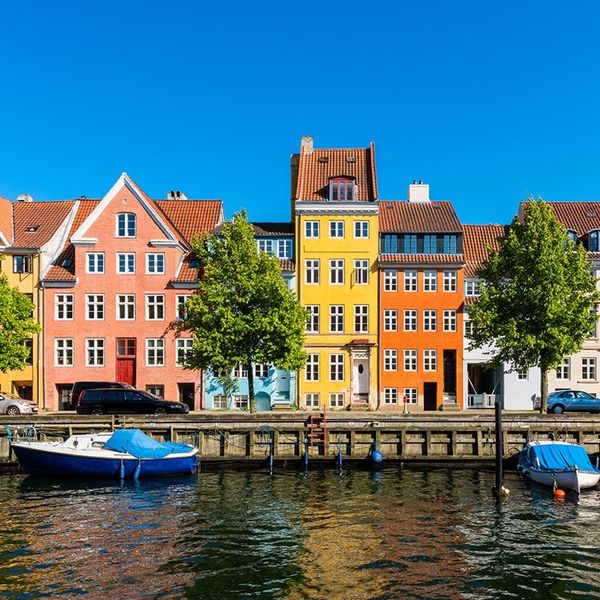 One of the most stressful parts of traveling internationally is figuring out the how to accomplish your dream itinerary. Do you walk? Bike? Take public transportation? Or — gulp — rent a car? It’s hectic enough not understanding the language of a foreign country, but to have to navigate, especially without trusty GPS, can be daunting. That’s why walkable cities are so amazing. Even if you get a little lost, you’re still experiencing the city. So whether you’re going solo or bringing the whole family, these are the walkable international cities to put on your list.

1. Marrakech, Morocco: The alleyways, known as souks, of Marrakech are narrow and varied and have a maze-like quality, but this is where you’ll feel the shifts between each neighborhood and get a sense of the culture. Spend time wandering around Jemaa El-Fna square, famous for its festivals, street performers, and food merchants.

2. Ljubljana, Slovenia: Take a leisurely stroll along the Ljubljanica river, walk across the century-old Dragon Bridge (aptly named after its series of dragon statues), or get a feel for the people of the city in the Metelkova, where you can hear underground music and watch theater performances… and have a night on the town too.

3. Vancouver, Canada: Vancouver was rated the most walkable city in Canada in 2017 — no small feat for the country’s third-largest city. They’ve installed more than 200 map stands and generous pedestrian pathways around the city. One of the best walks? The promenade near the Public Market, where you can take a stroll and collect your flowers and groceries for the week.

4. Buenos Aires, Argentina: Visit some of the city’s most historic landmarks around Plaza de Mayo, or head to the city’s oldest plaza, Plaza Dorrego, which features the Feria de Las Pulgas antique market. If you want a break from the city and architecture, take a stroll around the 800-plus-acre Reserva Ecológica to convene with nature.

5. Dubrovnik, Croatia: Straden is the main walking area in Dubrovnik and a good place to center yourself as you wander down side streets and explore some of the city’s best sights. Check out the morning market at Gundulic Square, walk the marbled streets of Old Town, or tour the real King’s Landing from Game of Thrones. For a breathtaking view of the city, take a hike up Mount Srd… or take a cable car up and walk down instead.

6. Florence, Italy: While there are plenty of stunning places to visit in this city, the most important is probably the Piazza del Duomo, which is one of the most visited destinations in Europe. You can gaze at the Santa Maria del Fiore Cathedral, check out the largest historic buildings from medieval times in all of Europe, and see the artwork of Michaelangelo, Donatello, and so many others inside the Museo dell’Opera del Duomo.

7. Beijing, China: Admittedly, Beijing is a particularly huge city, so it’s good to know where your home base is before setting out on foot. Explore the former palace complex of Forbidden City, which is now a museum. Take in the smells of street food along Cangjingguan Hutong and keep an eye out for street art. Or, for a real walk, put on your best sneakers and start down the 4,000 mile Great Wall of China, accessible just outside the city.

8. Copenhagen, Denmark: Nearly half a century ago, Copenhagen turned their main thoroughfare into a pedestrian-only area. Explore Torvehallerne, one of the city’s best markets, and then take a stroll over to Rosenborg Castle. And, of course, it wouldn’t be Copenhagen if you didn’t take a selfie with The Little Mermaid statue.

9. Sydney, Australia: Sydney is Australia’s largest and most walkable city. Start out at Hyde Park before heading over to the NSW Art Gallery. Smell the flowers at the Royal Botanic Gardens and then wander over to Woolloomooloo to take in the harbor, known for its fine dining opportunities and active nightlife.

10. Vientiane, Laos: The small, historic streets of this capital city in Laos make it perfect for pedestrian activity. Explore the old temple-monastery Wat Si Saket (the courtyard has over 6,800 Buddha statues) or the morning market of Talat Sao. And it wouldn’t be a trip to Vientiane if you didn’t take a sunrise or sunset walk along the Mekong river.

Colleen Stinchcombe
Colleen Stinchcombe is a health, travel, and relationships writer always looking for her next grand adventure. Most recently she backpacked 1,000 miles along the Pacific Crest Trail and Oregon Coast Trail.
vacation
Travel
vacation