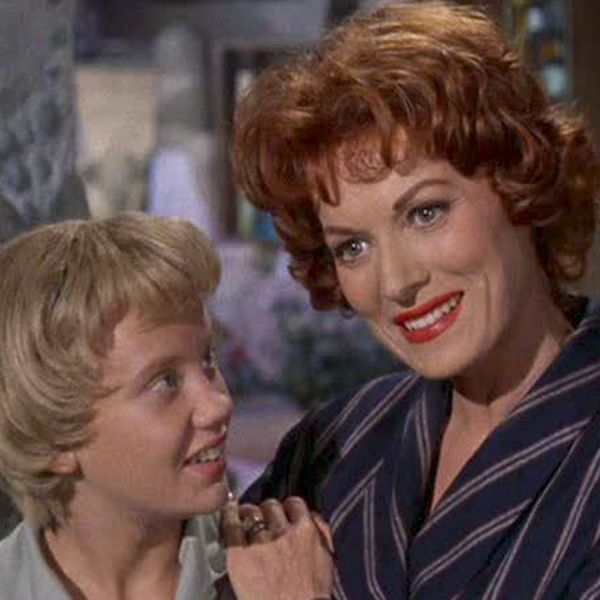 There are a gazillion ways we can think of to celebrate Mom on her big day tomorrow, but whether you’re taking her out for a free Buick joy ride or whipping her up some delicious brunch, spending time with one another is key. Netflix is primed to help you do just that (and no, we’re not talking about binge-watching Gilmore Girls: A Year in the Life, though it’s a good place to start). Instead, cozy up and hit play on one of these seven heartwarming streams below: Enjoy!

Most young women fantasize about what it might be like to have another woman for a mom at some point or another in their lives (particularly in times of anger), but the heroine of this film takes things next level: She wants her mom to be Dolly Parton. In fact, so infatuated does she become with the famed singer, little Elizabeth Alison Gray actually convinces herself that there’s been a mistake, and that Parton must truly be her biological mother. Yet on her quest to find the matriarch she wishes she had, she comes to realize that the one she’s got is actually pretty great. (Photo via Palomar/Buffalo Gal Pictures)

“Today is Mother’s Day, and I remember everything about you.” It doesn’t get more direct than that! While a pregnant photographer retraces her missteps with her own estranged mother, she captures the relationships of the mothers and daughters around her along the way, which just so happen to include IRL mom/daughter team Susan Sarandon and Eva Amurri, as well as Courteney Cox, Christina Ricci, Sharon Stone, Mira Sorvino, and more. (Photo via Screen Media Films/Getty)

<em>A Light Beneath Their Feet</em>

This heartfelt flick explores the mother/daughter relationship through a different lens, as one young woman struggles to make the impossible choice between breaking away from her bipolar mother (Taryn Manning, AKA OITNB’s Pennsatucky) to embrace her own freedom post-graduation or continuing to be the caretaker she’s always known. Heartbreaking though it may be, it also speaks to the impenetrable bond the pair manages to forge which even Manning’s mental illness can’t break: As Matt Fagerholm from RogerEbert.com put it, “When Beth and Gloria are together, the rest of the world evaporates.” (Photo via Emerging Pictures)

This one’s a classic you’ve likely seen before (though maybe not without Lindsay Lohan as the lead). Originally starring Hayley Mills, the 1961 feel-good tale recalls a pair of twins separated just after birth, only to happen upon one another as teens. Not only is it amusing (to say the least), but it’s also got its share of sweet mom moments, as the girls go to any and all lengths to help their beloved mother recapture her one true love — their dad. (Photo via Buena Vista Distribution)

Starring such Hollywood heavyweights as Jane Fonda, Catherine Keener, Elizabeth Olsen, Chace Crawford, Rosanna Arquette, and former American Idol alum Katharine McPhee, this cross-generational flick sees a mother and daughter forced to reunite after a 20-year rift when Keener is left struggling post-divorce. It’s a lesson in family, a lesson in love, and most of all, a lesson in forgiveness. (Photo via IFC Films)

Based on the true story of a young woman who sets out to change her life through the art of chess-playing, much of the film revolves around its heroine Phiona. Yet it’s her mother, Harriet, that’s perhaps been buzzed about most, and for good reason: The role is played by none other than Oscar winner Lupita Nyong’O. But don’t expect the typical lovey dovey relationship we’re used to seeing in a Hollywood mom/daughter scenario here. Instead, Nyong’O’s character acts as a woman who’s trying to be practical for her daughter, having lived a life of poverty before her. As Nyong’O explained to The Washington Post, “Wanting to have a life outside of poverty is something that Harriet has not seen as a possibility in this community, so how can she possibly instill with confidence that dream in her daughter?” Don’t worry — she’s bound to come around. It is Disney, after all. (Photo via Walt Disney Studios)

Go ahead and grab Grams for this one too: It may technically be a rom-com, but there’s plenty of mother/daughter action to mull over. You can see it between main character Birdee (Sandra Bullock) and the mother she’s forced to move back in with when she finds out her husband’s been cheating on her, and again in Birdee’s own daughter, Bernice, who’s having difficulties coping with her family’s separation. (Photo via 20th Century Fox)
Nicole Briese
Nicole is the weekend editor for Brit + Co who loves bringing you all the latest buzz. When she's not busy typing away into the wee hours, you can usually find her canoodling with her fur babies, rooting around in a bookstore, or rocking out at a concert of some sort (Guns N' Roses forever!). Check out all her latest musings and past work at nicolebjean.com.
Mothers Day
Streaming
Mothers Day Netflix
More From Streaming