13 Netflix Movies to Queue Up on the Next Rainy Day 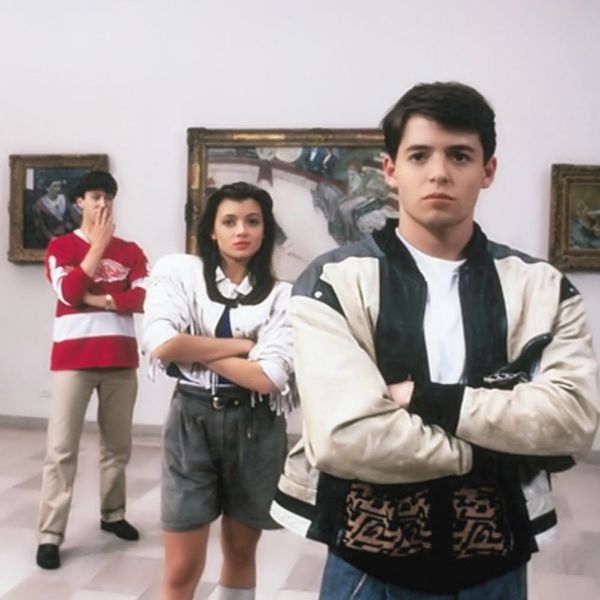 Even though summer is at its peak, you best bet there will be a few rainy days before fall rolls around. But rather than let all that H2O rain on your parade, why not use it as an excuse to call up a few girlfriends, possibly make a delicious drink or two and jump on that Netflix homepage? There’s no need to worry about getting the recommendations, ’cause we’ve compiled a list of our fave must-watch movies that are guaranteed to help fight those rainy day blues.

1. Clueless: It doesn’t need to be a #ThrowbackThursday to celebrate the wonder that is Cher and her posse. This movie also does double-duty for entertainment and major style inspo. (Photo via Paramount Pictures)

2. Ballet 422: This documentary won’t just make you want to squeeze in a little extra time with your trainer, it will also make you appreciate the blood, sweat and tears (not to mention hours) that go into choreographing such a beautiful production. (Photo via Jody Lee Lipes)

3. Beyond the Lights: Maybe you saw premieres of this forever ago, but never gave it a second thought. Well, a rainy day is the perfect time to indulge in a little sexy “good cop saves the troubled pop star” flick. (Photo via BET)

4. The One I Love: Looking for a little mental getaway? Give this movie a watch. Though it’s not your typical rom-com (the couple is on the verge of separation), the storytelling will have you getting lost alongside the characters. (Photo via Duplass Brothers Productions)

5. Silver Linings Playbook: Before you run out to catch Mockingjay, let’s not forget the on-screen magic that is Bradley Cooper and JLaw. (Photo via The Weinstein Company)

6. Advanced Style: Calling all fashionistas and fashion bloggers: This documentary is required watching. Following the lives of some very well-dressed older women, this movie may have you reevaluating your own wardrobe and the way you view aging as a woman. (Photo via Lina Plioplyte)

7. Ferris Bueller’s Day Off: When it rains, the whole world kind of shuts down. Watch young Ferris play hooky to skip around Chicago with his crew for a day. He reminds us, “Life moves pretty fast. If you don’t stop and look around once in awhile, you could miss it.” (Photo via Paramount Pictures)

8. Tiny Furniture: Before she created controversy on HBO, young Lena Dunham made her debut in her own little film. If you love GIRLS, you’ll love seeing many of your favorite actors/actresses in vastly different roles. If you hate GIRLS, this is still worth a watch for the eerily accurate way it depicts post-college life. (Photo via Tiny Ponies)

9. Girl Most Likely: Though more of a Silver Linings Playbook vibe than a Bridesmaids vibe, this movie is still entertaining. Plus, Kristin Wiig is the main character and she is forever our spirit animal. (Photo via Maven Pictures)

10. Drive Me Crazy: This one’s for all the ’90s girls and Sabrina the Teenage Witch lovers. If you don’t remember this gem, queue it up for a rainy day! Oh MJH, how we miss ya. (Photo via Twentieth Century Fox)

11. Legally Blonde: Uplifting, empowering and always a great reminder of the power of a determined #GIRLBOSS. (Photo via MGM)

12. Side Effects: Though classified as a “dark” and “suspenseful” flick, Side Effects did some great casting with Jude Law, Rooney Mara and Channing Tatum. Let’s be real — the eye candy alone is worth giving this movie a try. (Photo via Endgame Entertainment)

13. Charlie Bartlett: This unexpected film is about more than the typical rise of an unpopular teenager in his high school. The depth of the movie and interesting plot (not to mention casting Robert Downey Jr. as the principal) makes this totally queue-worthy. (Photo via MGM)

What’s your go-to movie on a rainy day? Share with us in the comments section.

From Your Site Articles
Nicole Jahns
Nicole is a writer, artist and major dog enthusiast eating her way through Chicago, IL. When she’s not getting her “om” on, she’s sharing recipes and DIYs on her blog, Midwest Love Fest.
Netflix
Streaming
Netflix
More From Streaming