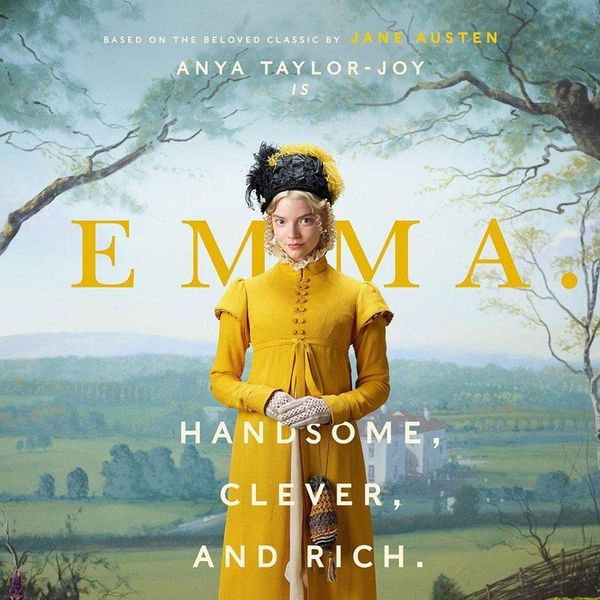 Spring is in full bloom and even though we're excited for some warm-weather road trips, we're still gonna have plenty of date nights with some deep dish pizza, a floral cocktail, and our favorite movie. More than ever before, BIPOC and women are playing pivotal roles before and behind the camera, and we can't wait to watch all 12 of these springtime movies.

For the Family Gal

A Wrinkle in Time: Stream on Disney Plus

Meg is determined to find her missing father, and with the help of three mystical guides (Oprah Winfrey, Mindy Kaling, and Reese Witherspoon), she just might find him. Directed by Ava DuVernay, this film is full of life and color, and the cast list alone is enough to convince us to press play.

The Princess Diaries: Stream on Disney Plus

Produced by Whitney Houston and based on the book by Meg Cabot, when Mia (Anne Hathaway) learns that she's the heir to the Genovian crown, she trades Algebra for princess lessons. Get your tiaras ready for this feel-good coming of age story!

The Princess and the Frog: Stream on Netflix

The classic tale gets a New Orleans twist. Tiana has dreams of opening her own restaurant but must transform the frog prince back into a human after she kisses him and becomes a frog herself. This movie musical even got some Oscar noms!

The Sound of Music: Stream on Disney Plus

Based on a true story, the Von Trapp family discovers the meaning of love and music after Maria (Julie Andrews) becomes their governess. You'll want to picnic in the Alps while singing Do-Re-Mi after watching this film!

The To All the Boys I've Loved Before Trilogy: Stream on Netflix

These movies are full of everything we need this spring: romance, adventure, and lots of pastels. They're based on the trilogy by Jenny Han, and feature women in both directing and screenwriting roles.

Emma takes it upon herself to meddle in the love lives of everyone around her. Gwyneth Paltrow (1996) and Anya Taylor-Joy (2020) star as the flirty and devious title character in this vibrant Jane Austen comedy.

For the Girl Boss

Upbeat mommy-blogger Stephanie's (Anna Kendrick) life takes a turn when her friend Emily (Blake Lively) goes missing. Based on the book by Darcey Bell and featuring a screenplay by Jessica Sharzer, this candy-colored thriller is overflowing with cocktails, floral prints, and mystery.

Follow the strong friendship of six women in a Southern small town as they grow closer through the good times and bad. This is a great pick to watch with your mom, your sister, or your BFF.

For the Old Soul

This Audrey Hepburn classic follows bookstore employee Jo Stockton after fashion photographer Dick Avery takes her photo and believes she could be a successful model. If 'musical' and 'Paris' don't scream spring, we don't know what does.

Anne With an E: Stream on Netflix

Adapted from the book series from L.M. Montgomery, Anne Shirley gets adopted by an elderly brother and sister but her quick temper and imagination always seem to get her into trouble. The natural lighting and Anne's love of nature hooked us instantly. (It counts as a film if we watch it all in one sitting, right?)

After she moves into her uncle's home in the Yorkshire Moors, Mary Lennox discovers a secret garden brimming with more flora and fauna than we could dream of. Based on the book by Frances Hodgson Burnett and directed by Agnieszka Holland, this movie is a springtime essential.

What are you streaming this weekend? Tag us @BritandCo!

Brit + Co Editorial Intern, Swiftie | Chloe is from the Outer Banks of North Carolina (yes, like the Netflix show!). When she isn't writing or updating her blog Pastels and Pop Culture, Chloe enjoys watching Marvel movies or texting her sister about the latest celebrity news. Say hi at @thechloewilliams on Insta!