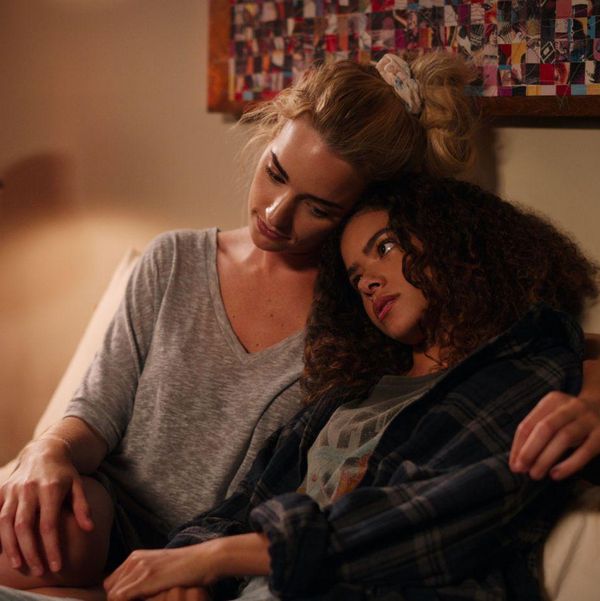 While every day is a good day to support women who are breaking boundaries and sharing stories, today, International Women's Day, feels like a better time than ever to take in some of the incredible talent working to make your media more inclusive, diverse, and, frankly, entertaining, than ever before. Netflix is a perfect one-stop shop for a broad selection of inspiring titles, so let's dig in.

This mom-and-daughter duo may seem like the new Gilmore Girls, but they're more than meets the eye. Not only does Ginny & Georgia show these women taking control of their lives, but we love any story that focuses on a mom and daughter relationship.

Partly based on the book by the same name, this documentary follows First Lady Michelle Obama on her 34-city book tour and shows some of her work while she was in office.

Lady Bird is a different kind of mother-daughter story that showcases the power of reconciliation and independence. Drawn from director Greta Gerwig's own experiences, this coming of age story takes place in 2002 Sacramento.

To All The Boys I've Loved Before

Things change for Lara Jean Covey when her five secret love letters are mailed out. To All The Boys (and its two sequels) are great if you're a sucker for snappy one-liners and John Hughes references, and the sisterly relationships are just as great as the romantic ones.

And if you haven't given the ladies of GLOW a go yet, you should know it's not just a triumphant look at the real-life women of the professional wrestling world of the '80s — it also happens to be just a ton of butt-kicking fun.

Suffragette is a film about the women's suffrage movement in Britain in the early 1900s. It was directed by Sarah Gavron and written by Abi Morgan, and was also the first feature film to be shot inside the Houses of Parliament.

Directed by Elissa Down and Produced by Susan Cartsonis, Feel the Beat revolves around April, a dancer who leaves New York City after an embarrassing audition video goes viral. She becomes the instructor for the local dance team when she learns they have a chance to perform in front of Broadway legend Welly Wong, and what follows it pure, heart-warming goodness.

The Help, based on the book of the same name by Kathryn Stockett, introduces us to Skeeter, a writer who decides to interview the Help in her Mississippi hometown in the 1960s. It doesn't take long for everyone's lives to turn upside down. And Octavia Spencer won an Oscar for her role as Minny!

Octavia Spencer also stars in Self Made, a fictionalized limited series about the life of Madam C.J. Walker, who revolutionized Black haircare and became the first Black, female, self-made millionaire.

What are you binge watching right now? Tell us @BritandCo!