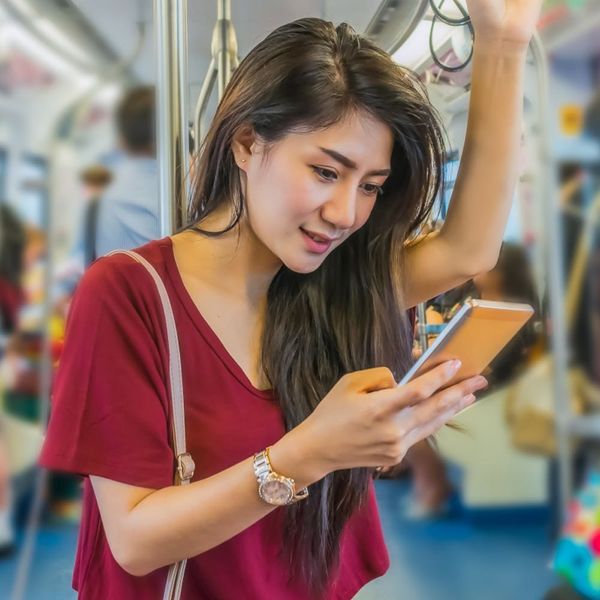 Period tracking apps have made a huge buzz in recent years as a tool for tracking menstrual cycles, and are often used to help avoid pregnancy without using contraceptive medicine or devices just by monitoring bio-data such as basal temperature. One such app, called Natural Cycles, has just been approved by the FDA as a contraceptive, making it the first app approved for contraceptive use in North America.

But unfortunately, some medical experts see this development as far from a breakthrough for reproductive health.

That concern stems from two separate issues. “The first is why the FDA is approving an app,” she tells us, suggesting that it’s worth thinking about the motivations behind the government agency’s decision. Streicher’s other concern is the efficacy and safety of the product.

“The bottom line is that it’s been well-established that any method that is user-independent” – in other words, contraception that doesn’t rely on users to change their behavior or habits — “is going to be better, which is why IUD and implants are so reliable.”

Streicher calls the Natural Cycles app, which relies on users to take their temperature as soon as they wake up every morning at the same time every day, “extremely impractical” as a method of contraception. She points out that anything from having a cold to merely getting out of bed before getting a temperature reading can skew the results of the app, making fertility predictions less accurate.

Natural Cycles was created by two physicists, Elina Berglund and Raoul Scherwitzl. The married couple’s goal is to see their app medically certified in every country, and so far that ambition is paying off. The app was approved for medical use in Europe, but has been under scrutiny after 37 Swedish women reported getting pregnant while they were using the app in lieu of birth control such as condoms or the pill.

Still, Natural Cycles claims that it is “as effective as the pill” by using a basal temperature thermometer and an algorithm that spits out “green” days or “red” days indicating when it’s not safe to have unprotected sex.

The ACOG also recommends using condoms or another barrier method in addition to fertility tracking in order to prevent pregnancy, a point of information that is not advertised by Natural Cycles.

Amy Hough, a research student at the London School of Hygiene and Tropical Medicine, co-wrote a 2018 article for the British Medical Journal of Sexual and Reproductive Health about “the case for clarity and transparency” in contraceptive advertising, which cited Natural Cycles’ ads as its case study.

Hough tells us that the app doesn’t advertise the “typical” rate of success, only the “perfect” rate. “They also use social media influencers that often do not have the lifestyle that suits using the app, or are of the age that most of their research is based on,” she says.

By legitimizing Natural Cycles as a contraceptive device, Streicher worries that women who are currently on the pill or another, more effective birth control will ditch those in favor of apps and will end up unintentionally pregnant. This is particularly dangerous in a moment when the US government is openly hostile to reproductive health care access and wants to repeal the Affordable Care Act.

“I’ve been encouraging women to get an IUD or an implant because nobody can take that away from you if you lose your Obamacare insurance or Planned Parenthood is de-funded,” Streicher says.

Cost is a significant factor as well. The app costs $79.99 to use for a year (thermometer included), or $9.99 to use on a monthly basis. The cost means that people who can’t afford birth control pills, IUDs, or condoms, might not be able to use the app even if it were effective.

Both Streicher and Hough say they’d only recommend the Natural Cycles app to women for whom it would not be “a disaster” if they were to get pregnant. But for people who want to avoid pregnancy and/ or can’t get pregnant for any reason, they say it’s best to use methods that are proven to be effective.

“Going forward, do women need more options and more access to birth control?” Streicher asks. “Yes. But the options have to work, and this app is not a solution.”

Elizabeth King
Elizabeth King is a politics, history, and culture writer based in the Twin Cities. She is generally pretty cranky but still enjoys traveling, music from the early 2000's, and plotting the resistance. Feel free to say hi on Twitter at @ekingc or check out some of her work at www.elizabethcking.com.
Apps
Womens Health
Apps Birth Control Controversy Period Womens Health