NBC Is Bringing Back ‘Timeless’ One More Time 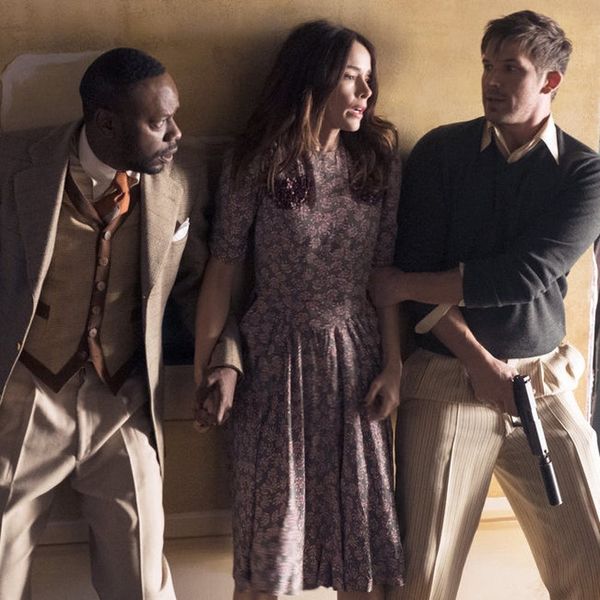 What a roller coaster! After being canceled by NBC at the end of its first season in 2017, Timeless got a reprieve and returned for season 2 this past March — only to be canceled again in June. At the time of its second cancellation, though, there were rumors that the studio was in talks to finish off the series with a movie.

Now it’s official. The network announced today, July 31, that it would un-cancel the show one more time for a two-part series finale to air over the holidays.

“While we wish we could’ve made another dozen seasons of Timeless, this is the next best thing,” the show’s creators Shawn Ryan and Eric Kripke said in a joint statement to The Hollywood Reporter. “We’re thrilled to take the lifeboat out for one last spin and bring closure to our story. The studio, network, cast, and crew are all doing this for one reason only: the fans. Because they deserve it. Because the fans made this happen and we thank them for their passion, support, and helicopters.”

Timeless fans, who call themselves “Clockblockers,” are indeed a devoted bunch. They’re the reason NBC brought back the show from its first cancellation last year. “We heard from the fans and didn’t want to be on the wrong side of history,” NBC said at the time.

The cast has expressed gratitude for Clockblockers, too. And they’re all on board for the finale. Abigail Spencer, Matt Lanter, Malcolm Barrett, Goran Višnjić, Paterson Joseph, Sakina Jaffrey, and Claudia Doumit are scheduled for the two-parter, which is set to air over the holidays.

“We’re excited to tell one final chapter to this incredible story,” Lisa Katz, NBC co-president of scripted programming, said in a statement. “A huge thank you to all — our cast, crew, producers, and partners at Sony — who have worked so very hard, and to the fans who kept us on our toes and made sure we did our very best week after week.”

Fans no doubt hope that the show will resolve the cliffhanger that ended season 2, when future Lucy and Wyatt showed up to ask their past selves if the team wanted to help save a recently killed Rufus.

“So,” Ryan and Kripke said in their statement, echoing Lucy’s words in the season 2 finale. “You guys want to get Rufus back or what?”

Have you been watching Timeless? Tell us @BritandCo!