Why Neil Patrick Harris Is Giving Us 1,000 Reasons to Smile 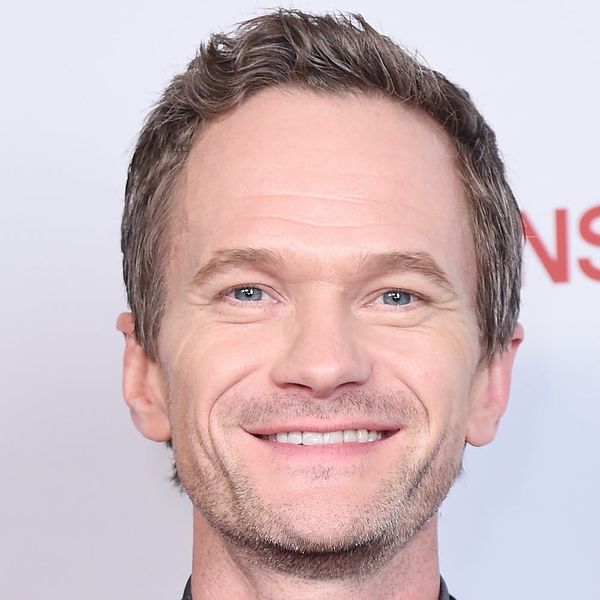 Neil Patrick Harris has been giving us reasons to smile for three decades now by way of his zany characters, from How I Met Your Mother’s Barney Stinson to A Series of Unfortunate Events’ Count Olaf. He’s about to give us 1,000 more, however, as he partners up with PepsiCo to introduce the brand’s latest beverage, a new sparkling water called Bubly, to the world.

Harris, who just so happens to be one of the world’s most GIF-ed celebrities (there were more than 53,133 GIFs of the activist as of press time), is “GIF-ting” the world no less than 1,000 more animated snaps (hundreds of which he himself will be featured in), all in the name of helping people #CrackaSmile — one of the fun, cheeky slogans behind Bubly’s new campaign.

While he already has a few faves floating around the internet (namely, the two thumbs up GIF seen above and another of his character Stinson shouting “NO!” at the sky), there’s plenty to come from the new collection to be unleashed.

Some are simply classic Neil (see exhibit A, below) while others heavily showcase the brand’s new bubbly concoction, which has no calories and no sweeteners. It also comes in eight delicious natural flavors, including lime, grapefruit, strawberry, lemon, orange, apple, cherry, and, the father of two’s top pick, mango.

For Harris, the partnership was a natural one. “I’ve been trying to maintain a career that is creative, but also positive,” he tells us. “I enjoyed the positivity in the messaging.”

Even better? He also legitimately enjoys the product. “My favorite, and the family’s favorite, seems to be mango,” he shares. “Mango is the first to be completely depleted at the house.”

That’s not to say he won’t partake in the others, however. “Lime is good… lemon is great… It’s something that everyone can drink, it’s good to have with a meal… it’s still [water]!”

Luckily, the 44-year-old could lean on his improv skills to tell the world all about it. “It’s hard when you’re texting often to include inflection,” he points out. “There’s no italics button. [If] you do all caps it [looks] like you’re shouting. I thought it was a great idea to promote in a non-traditional way.”

The campaign also gave him the chance to go “off-road” with his acting skills, if you will. “[We] just got the cameras filming any random thing [we] could come up with, rapid fire,” he tells us. “[I had the] freedom to not just stick to a bullet-pointed script approved by lots of people… I felt a little bit like a David Shiner comedian.”

It was certainly a departure from the actor’s current role of Count Olaf, which he’ll be reprising when season two of A Series of Unfortunate Events comes back to Netflix on March 30.

“I’m very fortunate that I’ve gotten to take on this role as Count Olaf,” he says.

Though he may have undergone a two-hour plus (!) makeup transformation for the part each morning (“When I’m done I feel like I’m somebody else. It’s always a strange magic trick”), he notes that he and his villainous character have far more similarities than one might think. “He has a… misguided joy and [relishes] In what he finds amusing. It’s not all dark and depressing. He gets to be more manic and brimming with evil glee.”

But more importantly, “It’s always rare and fun to be able to get paid to shout at children,” he teases.

All jokes aside, it’s when his own two children, Harper Grace and Gideon Scott Burtka Harris, whom he calls “hilarious individuals”, do something exciting that brings a smile to the star’s face when he’s feeling less than happy-go-lucky.

Nicole Briese
Nicole is the weekend editor for Brit + Co who loves bringing you all the latest buzz. When she's not busy typing away into the wee hours, you can usually find her canoodling with her fur babies, rooting around in a bookstore, or rocking out at a concert of some sort (Guns N' Roses forever!). Check out all her latest musings and past work at nicolebjean.com.
Animated Gif
Food News
Animated Gif Celebrities Drink
The Conversation
More From Food News