Will All Buildings Be Carbon Neutral by 2050? 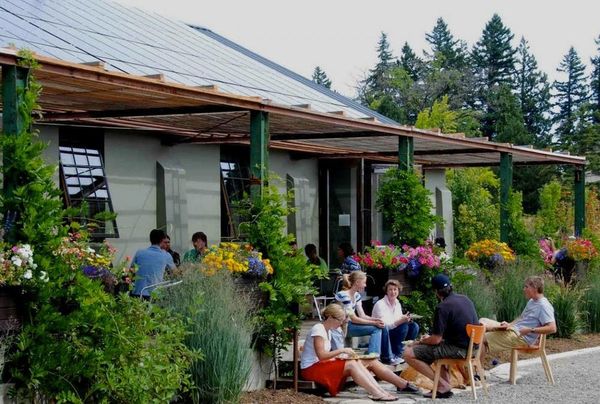 By now solar energy is old news. Running a car via veggie oil is uncommon but not shocking. So what’s the next big move for environmentally friendly design? We think inventions like Lono and Edyn are strong contenders, but there’s something even more impressive on the horizon: net-zero buildings.

A net-zero building is a structure that produces as much energy as it consumes over the course of a year. Think: geothermal wells, solar hot water tubes and windows that double as gardens.

The idea was recently adopted by The International Union of Architects (which represents 1.3 million architects across the globe) and is being called the 2050 Imperative. The plan is to reduce carbon dioxide emissions from man made buildings to zero by mid-century.

So what’s the game plan? Besides stating some key goals, the UIA has yet to release any concrete plans (pardon the pun). They hope to design any new cities, towns, urban developments or buildings to be carbon neutral. As for existing buildings, they hope to renovate them to be carbon neutral while still respecting their cultural or historical limits.

To give you an idea of exactly what a net-zero building entails here are a few examples that you’ll want to set up home or shop in stat:

Hi’ilani EcoHouse: The winged roof of this residential house in Hawaii contains cooling, water and electrical systems. (via Architizer)

Pasona Headquarters: 43,000 square feet of urban farming facilities grow off the sides of this nine-story building in Tokyo. The 200 different types of fruits, vegetables and rice grown in and on the structure are harvested and served on-site. (via Architizer)

Painter’s Hall: This Oregon artist haven was originally built in the 1930s and serves as a prime example of net-zero potential for existing structures. Painter’s Hall features simple low-cost solutions for energy reduction, such as natural daylighting, passive cooling lighting and drought-tolerant vegetation. (via Living Future)

This all certainly sounds like a green dream come true, but there are a whole lot of buildings here on planet earth. And though it may seem like a flying car kind of future away, 2050 will be here before we know it. Guess we best get building!

What you do you think about this idea? Do you think it’s plausible for all buildings to be net-zero by 2050?