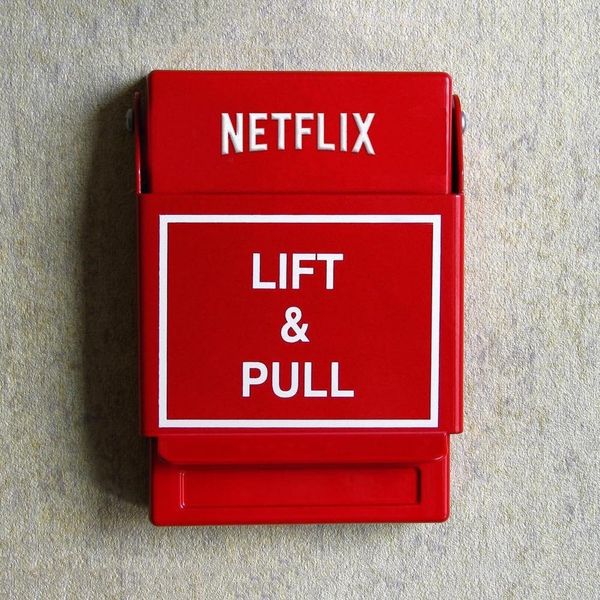 It’s Valentine’s Day, and there’s a serious issue every couple has faced that we need to talk about: Netflix cheating. You know, when a TV show is so good that even though you promised your partner you’d watch it together, you just can’t help yourself. This year, we teamed up with Netflix to release some of their very interesting data on couples who were untrue (in the TV show sense).

With over 93 million members in over 190 countries, Netflix knows a lot about your TV watching habits, and based on new data, they have some dirt on you. The streaming giant surveyed over 30,000 people and it turns out that over 48 percent in the US have “cheated” on their partners by watching ahead when they promised they wouldn’t. Eek! That puts the US in the top five countries for being unloyal.

The Walking Dead, tied for first place, Bates Motel and Orange Is the New Black, which tie for second and Breaking Bad, which comes in third. Can’t say we’re surprised, TBH. It was all auto-play’s fault, amirite?

Don’t worry: Most cheating isn’t premeditated — 75 percent of people surveyed said it happened on impulse and 45 percent don’t even think it’s that bad. But there is that 10 percent who believe Netflix cheating is worse than IRL cheating. Uh, don’t want to get on the wrong side of those folks.

I took a polygraph test to see how honest I was about my Netflix cheating (honey, don’t watch this). Check out our video with Netflix below!

Kimberly Wang
Kimberly Wang writes about all things pop culture, tech, style, and beauty. She's a Bay Area transplant and has an MFA in Creative Writing from Columbia University. On a sunny New York day, you can find her hanging out with her mini schnauzer Isabelle Jellybean on a blanket in Central Park.
Netflix
Tech
Netflix Streaming Valentines Day