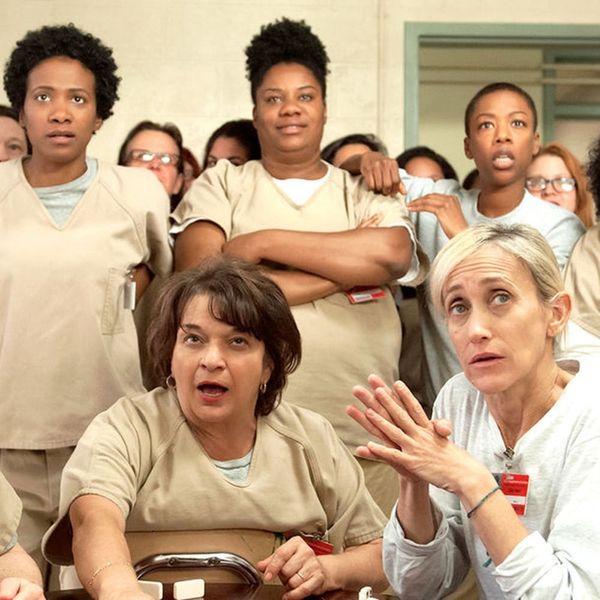 According to Punxsutawney Phil, we’re still in the thick of winter, but that doesn’t mean we can’t look ahead to warmer days. And it looks like Netflix is eagerly looking ahead too. Yesterday the streaming service teased a whole bunch of trailers for shows coming out in the next few months, and we can’t wait, TBH. Here’s your sneak peek at the 10 new Netflix shows debuting this year.

2. Bill Nye Saves the World: Mark your calendars for April 21. Bill Nye is coming back to teach us all about science with a team of correspondents (including Karlie Kloss!).

3. Orange Is the New Black: The ladies of Litchfield Penitentiary are back and there’s more drama, more tears and more reasons to tune in. Season five premieres June 9. Get ready.

4. The OA: Netflix announced that they’re bringing back the cult fave for a season two, and star and co-creator Brit Marling says plans are still in the works. By the looks of the teaser trailer, it’s going to be even more eerie and haunting than the first season.

5. Anne: Netflix’s adaptation of Anne of Green Gables looks like the stuff of our childhood fantasies. It’s coming out on May 12.

7. Dear White People: Our first sneak peek at the much-anticipated new Netflix series shows we’re in for a wild 10 episodes. They’ll all be available to watch on April 28.

8. Girlboss: Netflix adapted Sophia Amoruso’s wildly popular book into a series loosely based on her life, starring Britt Robertson. The 13 half-hour episodes will premiere on April 21.

10. Casting JonBenet: Using elements of both fiction and non-fiction, this hybrid Netflix original explores the most sensational murder case of the past 20 years. Mark your calendars for April 28.

Which new Netflix titles are you most excited for? Let us know @BritandCo!